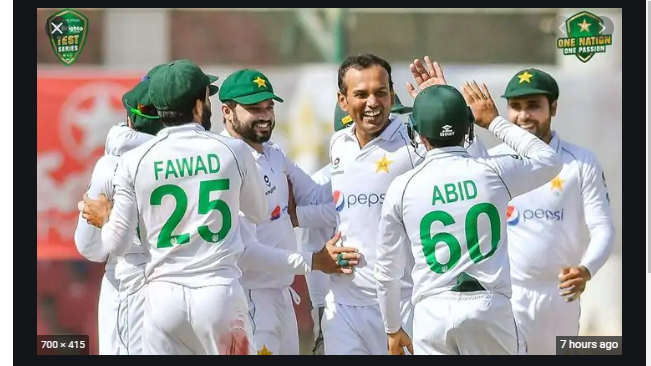 Defying all the odds and proving that the old adage ‘age is just a number’ still holds relevance – Nauman Ali bowled like a champion to pick up a five-for in his debut Test match between Pakistan and South Africa at the National Stadium, Karachi. With his memorable bowling performance, Nauman has become the oldest debutant – 34 years and 114 days – with a five-wicket haul in Men’s Test cricket history in 71 years. He is also the oldest spinner to do so in 87 years.

The Sanghar-born bowler – Nauman also created a few other landmarks with his fifer against South Africa. He became the first Pakistan left-arm spinner to take five wickets on debut and the 12th Pakistani to take a five-wicket haul on Test debut.

Day 2, report: Fawad Alam gave further evidence of his considerable patience with a grafting century which helped Pakistan take a useful first innings lead over South Africa on the second day of the first Test in Karachi on Wednesday.

The 35-year-old left-hander, who returned to the side last August after a decade in the international wilderness, scored 109 in almost six hours to anchor Pakistan’s 308-8 at the National Stadium, lifting the team from a precarious overnight total of 33-4.

MAN OF THE MATCH, Fawad Alam, says this knock was very important as his side needed runs. Mentions they wanted to bat long in the first innings as that would make it easier for them in the second. Admits he was under pressure, especially as he is making a comeback after a long time.