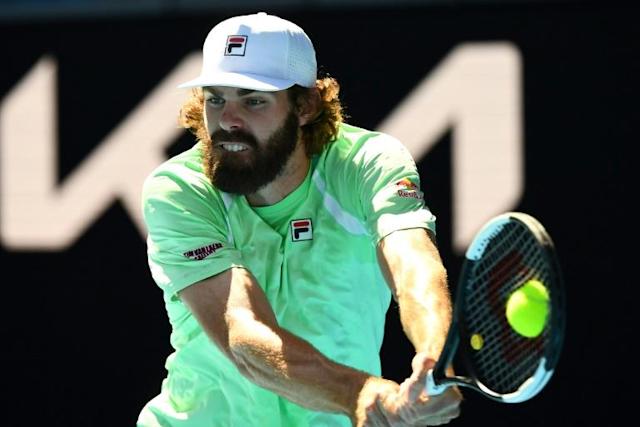 The second-seeded Opelka won all 46 service games during the tournament and faced just one break point, which came in the second set of his 7-6 (5), 7-6 (4) victory over Brooksby.

Opelka, ranked 23rd, added to his titles in New York in 2019 and Delray Beach a year later. The 24-year-old is the first American to win a third ATP Tour title since Jack Sock won his third at Delray Beach in 2017.

“It’s always nice to lift a trophy,” Opelka said. “It doesn’t happen so often, at least for me, so I’m going to enjoy it.”

Brooksby, a 21-year-old trying to build on a breakout 2021 season that included a run to the fourth round at the US Open, was seeking his first title in his second final. He was the fourth seed.

The 6-foot-11 Opelka’s powerful serve produced 16 aces to two for Brooksby, putting Opelka at 100 aces for the tournament.

“It was a tight match,” Brooksby said. “Couple of breakers, I think that one could have gone either way as well.”

Opelka’s victory in the second meeting between the young Americans could put him back in the top 20. His career-best ranking is 19.

Brooksby, who missed all of 2020 with a toe injury, has reached the final in two of his 10 ATP Tour events and went 47-12 with three titles at the Challenger level last year. At the U.S. Open last year, Brooksby became the youngest American to reach the fourth round since Andy Roddick in 2002 before losing to Novak Djokovic.

Brooksby, playing with a career-best No. 54 ranking, is on track to get into the top 50 for the first time.

ATP Rankings: Novak Djokovic holds on to number one spot with Daniil Medvedev lurking
Novak Djokovic says ‘not anti-vax’ but would rather skip events than be forced into COVID-19 jab