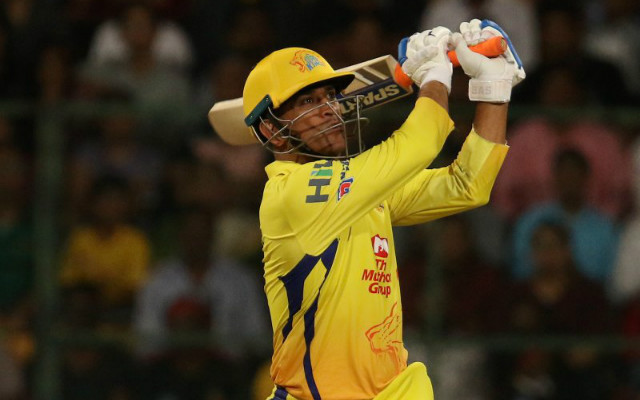 Former Indian skipper MS Dhoni is counted among one of the best finishers in modern-day cricket. He has finished many games for India as well his IPL franchise Chennai Super Kings during his illustrious career. And one of those innings came on this very same day, three years ago in Bangalore during the 11th edition of Indian Premier League (IPL 2018). MSD scored a breath-taking 70 runs off 34 balls against the Virat Kohli-led Royal Challengers Bangalore (RCB).

Chasing 206 for a win against RCB, Dhoni scored a blistering 70 runs and in the process guided CSK to victory in the last over of the match. Dhoni’s knock was laced with one four and seven huge sixes.

Dhoni walked to bat at number six, when CSK were tottering at 74/4. The Ranchi lad was also supported by their middle-order batsman Rayudu. The duo shared a game-changing 101-run stand for the fifth wicket after a poor start. Rayudu scored 82 runs off 53 balls with the help of three fours and eight sixes.

Rayudu was run out by Umesh Yadav in the 18th over of the match, while trying to steal a single. After his departure, West Indies’ Dwayne Bravo joined MSD at the crease and the duo guided CSK to a comfortable victory with two balls to spare.

The most telling moment of the match was when Dhoni scored a six off Corey Anderson on the fourth ball of the last over to finish the game in his signature style.