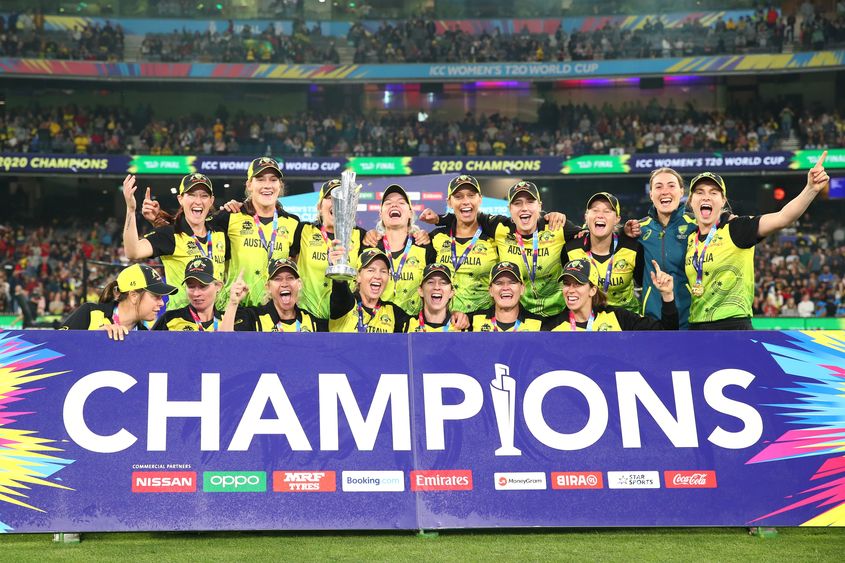 On This Day in 2020: Just two years ago, Australia won its fifth Women’s T20 World Cup title after beating India at the Melbourne Cricket Ground (MCG). Australia won by 85 runs on March 8 in 2020. Meg Lanning’s side tore through India’s batting order and displayed an all-round performance to lift their record-extending fifth successive title. India, who were playing their maiden T20 World Cup final, were completely outclassed in all departments.

Record crowds at the MCG rejoiced in Melbourne, thanks to breathtaking batting of openers Alyssa Healy and Beth Mooney smashed half centuries after the home team opted to bat first. Healy scored 75 off 39 deliveries including a record half-century off just 30 deliveries, before losing her wicket to Radha Yadav.

Meanwhile, Mooney went on to score 78 runs from 54 balls and remained unbeaten till the end. The opening pair shared an opening stand of 115 and helped the team post a solid total of 184/4 in 20 overs.

Deepti Sharma gave India the much-needed breakthrough by taking two crucial wickets in a single over, but all in all, the visitors displayed a poor performance, especially in the fielding department. Healy was dropped on nine, while Mooney on eight and both made India pay by reaching double figures.

Chasing the massive total, India’s top order collapsed as Shafali Verma, Smriti Mandhana, Jemimah Rodrigues and skipper Harmanpreet Kaur were out in the first six overs. Wicket-keeper Taniya Bhatia retired hurt in the second over after getting hit on the helmet of the bowling of spinner Jess Jonassen.

Under pressure, the Women in Blue tried to fight back with efforts from Deepti Sharma and Veda Krishnamurthy but were all out for 99 in 19.1 overs.Notably, Sharma was the highest scorer for India with 33 runs, followed by Krishnamurthy who scored 19 and concussion substitute Richa Ghosh who made 18 runs. Seamer Megan Schutt and spinner Jess Jonassen claimed 4/18 and 3/20, respectively, to help their team retain its World Champion title.