On This Day in 2018: Prithvi Shaw Becomes Youngest Indian to Smash Century On Debut Against West Indies 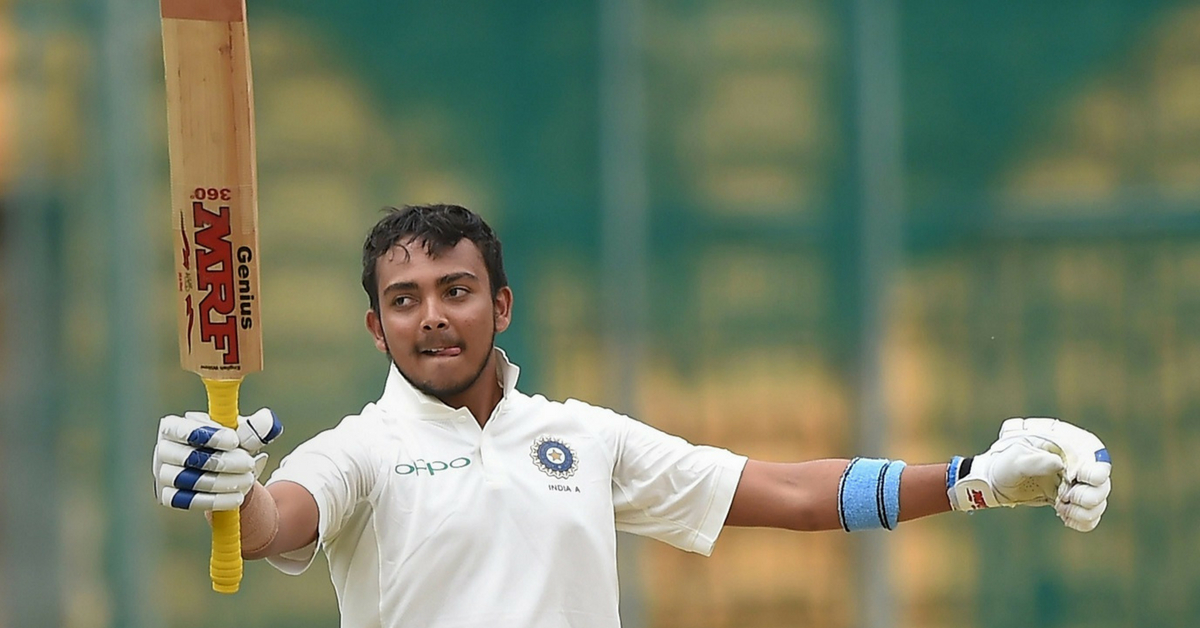 On this day, at 18 years and 329 days, Prithvi Shaw became the youngest Indian to slam a Test century on his debut in West Indies’ tour of India in 2018. A young prodigy in the making, Shaw made headlines for his superb batting performances in domestic cricket and at the time, the search for a Test opener was desperately needed. Team India found their opener in the form of Shaw, who was dubbed as the next ‘Master Blaster’.  On being given the opportunity to face West Indies in the first Test in Rajkot, Shaw slammed his maiden ton, a 99-ball century which included 15 fours to his innings.

The youngster surpassed a 59-year record set by Abbas Ali Big to become the youngest Indian to score a Test century on debut. Shaw’s 99-ball ton also saw him enter an elite list as he scored the third fastest century on a Test debut, behind Dwayne Smith’s 85 (2004) and Shikhar Dhawan’s 85 (2013)

Opening with KL Rahul on his debut against West Indies at the Saurasthtra Cricket Association Stadium in Rajkot after India won the toss and opted to bat, Shaw was off a solid start and made his impact straight away. The youngster showed no fear in spite of facing the likes of Karlos Braithwaite, Devendra Bishoo and Shannon Gabriel. The youngster toyed with the West Indies attack as the 18-year-old went on to smash his maiden Test century in 99 deliveries

Shaw went on to score 134 before being dismissed by Bishoo. However, Shaw’s century was a motivation for the rest of the Indian batters as skipper Virat Kohli (139) and Ravindra Jadeja (100*) scored centuries, helping India declare after posting 649/9 on the board.

The Indian attack took over from there on as the hosts bundled out West Indies for 181 in 48 overs, with Ravichandran Ashwin claiming 4/37. Declaring a follow-on, Kieran Powell was the only Windies player who was able to fightback as the opener scored a valiant 83, but Kuldeep Yadav had other plans as the chinaman claimed 5/57 in helping India bowl out the tourists for 196, helping India win the first Test by an innings and 272 runs.

The Man of the Match was awarded to Prithvi Shaw.