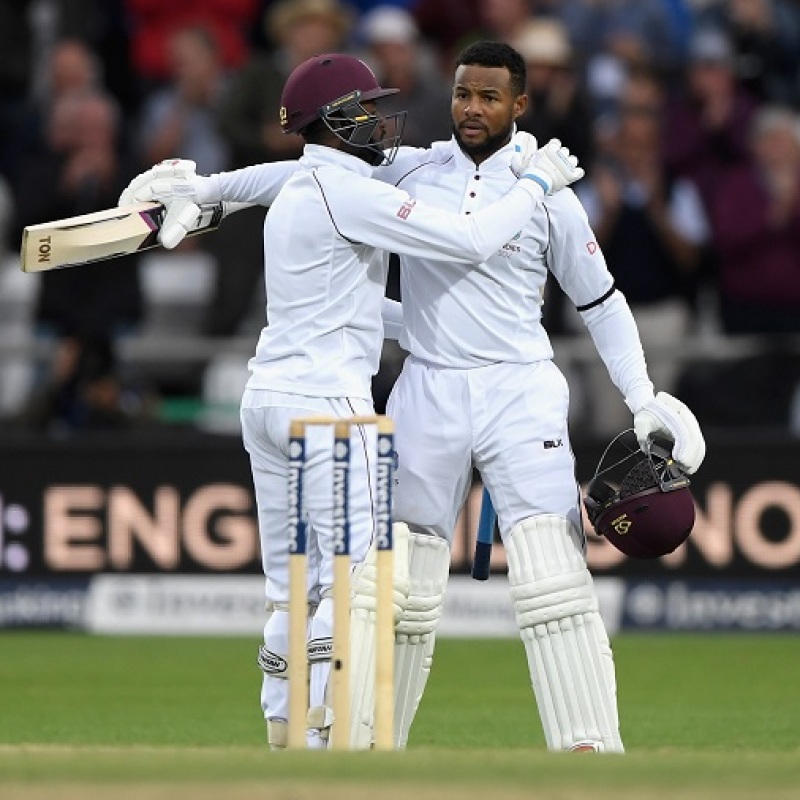 West Indies cricket team broke a 17-year-old hoodoo as they registered their first Test win on England soil since 2017. Playing at the Headingley in Leeds, the Caribbean side scripted one of their finest Test wins of the decade by five wickets.

What made the victory more special was the fact that the visitors had made a comeback after losing the first Test of the series by an innings and 209 runs.

Windies batter Shai Hope and opener Kraigg Brathwaite deserve the credit for the win as they produced excellent, match-winning innings. While Brathwaite missed out on a century by just five runs, Hope became the first batter to score two centuries in the same first-class match in Leeds.

The thrilling encounter saw England captain Joe Root, who was making his captaincy debut, opting to bat first. The hosts were bowled out for 258 runs in their first innings. Allrounder Ben Stokes was the reason England were even able to post a decent score, hitting an entetaining 100 off 124. Root also made a significant contribution, hitting 59 off 98

For West Indies, Kemar Roach and Shannon Gabriel scalped four wickets each. In reply to England’s 258, West Indies were bowled out for 427.

The visitors recovered from early jolts that saw them lose their three wickets inside 21 overs.

However, Kraigg Brathwaite and Hope batted with resilience to bail their team out of the crunch situation. Hope was the highest run-getter as he hammered a beautiful 147. Brathwaite, on the other hand, returned with 134 runs off 249 deliveries.

England then put up a much improved show with the bat, declaring at 490/8. Six of their batters struck half-centuries with Moeen Ali topping the charts, with a score of 84.

With West Indies set to chase 322 runs in the last innings, England were deemed as the favourites to win the match. However, the tourists yet again put up a solid show with the bat despite some early hitters.

Brathwaite and Hope combined for a 144-run stand for the third wicket to stabilise the chase after the dismissals of Kieran Powell and Kyle Hope.

West Indies chased down the target in 91.2 overs to win the game by five wickets.