On This Day in 2015: RCB’s Chris Gayle Storm Blows Away Kings XI Punjab in IPL 8 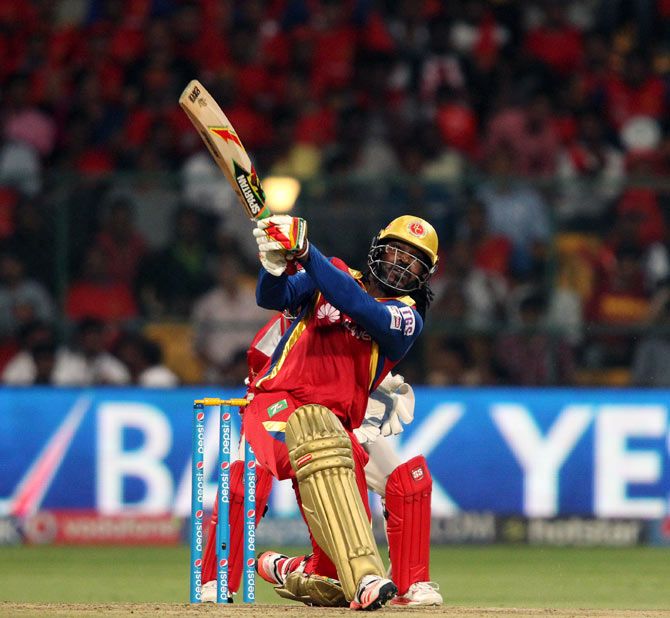 Self-proclaimed ‘universe boss’ Chris Gayle is known for his exploits in the shortest format of the game and on this very day six years ago, the world witnessed another master class by the West Indies cricketer. Gayle scored 117 runs off just 57 balls as Royal Challengers Bangalore posted a mammoth total of 226 runs for the loss of three wickets in their stipulated 20 overs during Indian Premier League (IPL) 2015.

Chasing 226 for the win, Punjab lost half of their batters inside powerplay before they were bundled out for 88 runs in 13.4 overs, courtesy of brilliant bowling from Australia’s Mitchell Starc and Sreenath Aravind. RCB won the match by 138, their biggest win against Kings XI Punjab, now renamed to Punjab Kings (PBKS).

In the first over of the match, Sandeep Sharma managed to go past Gayle’s bat thrice, conceding just one run. However, after that, Gayle wreaked havoc on Punjab bowlers as he thrashed them all over the park, starting with Mitchell Johnson.

Johnson was clipped and driven all over the ground by Gayle as he gave away 20 runs in his first over. Gayle was not moving on the crease much, he was using his upper body strength to smash every ball, which was bowled in his hitting range. Gayle’s 117 run knock was laced with 12 sixes and seven fours though.

Gayle was also given two lifelines during his brilliant knock — the first one in the third over off Sandeep Sharma’s bowling and the second when Gayle was batting at 53 off Axar Patel’s bowling.

The West Indies cricket was finally removed in the 17th over by Patel. However, by then RCB had already reached the mark of 190. After Gayle’s departure, AB de Villiers took charge of RCB’s innings as he scored 47 runs off 24 balls with the help of three fours and four sixes.