On This Day in 2015: Kumar Sangakkara’s Final Test Innings Ends in Disappointment 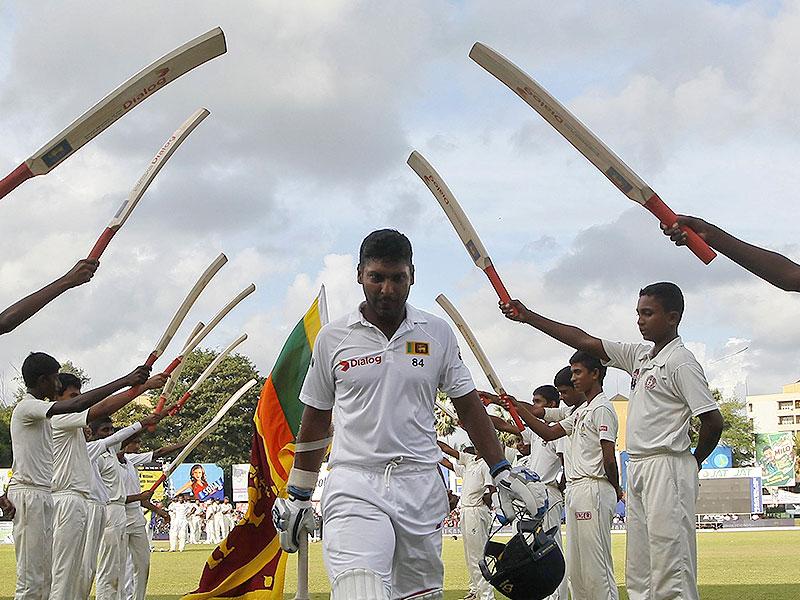 Former Sri Lankan skipper Kumar Sangakkara is considered among as one of the greatest batsmen of all time. Sangakkara was arguably the biggest match-winner the Sri Lankan team ever had in their squad. The stylish left-handed batsman was known for his elegant stroke play. He has represented Sri Lanka in 124 Tests and 404 ODIs and scored 12,400 and 14,234 runs respectively. And, he bid adieu to Test cricket on this very same day, six years ago.

Kohli-led Team India toured Sri Lanka for a three-match Test series in 2015. The home team won the opening Test match of the series by 63 runs in Galle to take a 1-0 lead in the tournament. After that, both the team travelled to Colombo for the second game, which was also Sangakkara’s last match.

Batting first, India posted a mammoth total of 393 runs for the loss of ten wickets in their first innings. For India, KL Rahul top-scored with 108 runs. Kohli, (78), Rohit Sharma (79) and Wriddhiman Saha (56) also made some valuable contributions with the bat.

In response, riding on a century from skipper Angelo Mathews (102), Sri Lanka scored 306 runs. Sangakkara had a good start in their first innings as he scored 32 runs off 87 balls. However, he was not able to capitalize on his good start as he was removed from the attack by Ravi Ashwin.

In their second innings, India rode on Murali Vijay’s 82 and Ajinkya Rahane’s 126 runs knock to post 325 runs for the loss of eight wickets before declaring their innings.

Chasing 413 runs to win in the fourth innings, West Indies managed to score just 134 runs before they were bowled out to lose the match by 278 runs.

New Zealand Batsman Finn Allen Tests Positive For COVID-19 On Bangladesh Arrival
On This Day in 1971: India Register First Test Win in England at The Oval