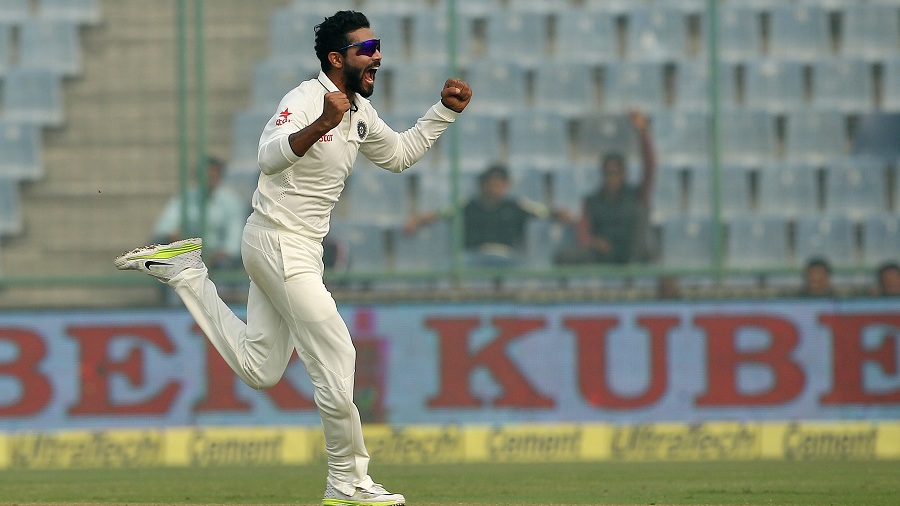 On this day in 2015, spin wizard Ravichandran Ashwin led India’s bowling charge as they ended South Africa’s fourth innings defiance to register a thumping 337 runs win in Delhi. With this victory, Team India clinched the four-match Test series 3-0. The South African team needed a mammoth 481 runs to register their first win in the series at the spin-friendly and deteriorating pitch of Delhi, in other words, an impossible task. So, they decide to play out the rest of the overs to draw the match. But playing out five sessions was never going to be an easy task. South Africa came close to snatching a draw from the jaws of defeat but failed to do so.

Then South African skipper Hashim Amla played 244 balls while scoring 25 runs, AB de Villiers played 297 balls and scored 43 runs while Temba Bavuma spent two and half hours (153 minutes) at the crease to take the Test match to the draw. Faf du Plessis also ate up his fair share of deliveries but South Africa had too much to do.

Between them, India’s four-specialist bowlers – Ishant Sharma, Umesh Yadav, Ashwin and Ravindra Jadeja – bowled 136.1 overs on the last day — out of which 87 were maiden and for the briefest of the moment, it seemed as if South Africa will be able to extract a draw. But in the 139th over of the match, Umesh gave India the much-needed breakthrough. In the very next over, Ashwin dismantled South Africa’s resistance by sending incredible ABD back in the stands.

Following De Villiers’ departure, the Proteas side saw an epic collapse as they lost as many as four wickets for seven runs.

For India, Ashwin was the pick of the day as he bagged five wickets in the second innings and it was only fitting that he picked the last wicket of Imran Tahir to wrap of South Africa’s innings.

“We Were In A State Of Shock”: Ravi Shastri Reveals “Lowest Point” As Team India Coach
Ashes 2021-22: Cummins taks five-for on captaincy debut as Australia bundle England out for 147 on Day 1