On This Day in 2007: Yuvraj Singh Smashed Six Sixes in an Over; Relive the Magical Moment Here 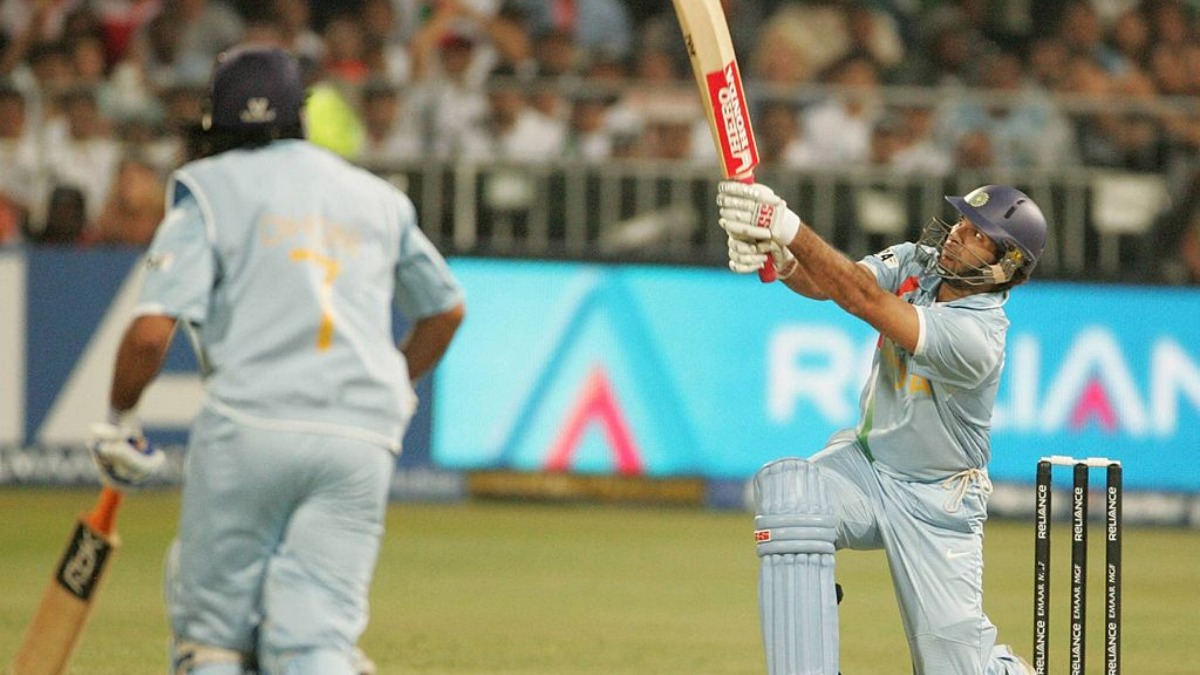 On this day, September 19, in 2007, the world witnessed a rare sight- a batsman scoring six sixes in an over. Cricket lovers witnessed Yuvraj Singh blasting six sixes off Stuart Broad’s over in the inaugural T20I World Cup in South Africa. It is a moment that will never be forgotten and one that will always be reminisced whenever Yuvraj’s cricketing career is mentioned.

#OnThisDay in 2007, @YUVSTRONG12 went berserk and hammered 6⃣ sixes in an over to score the fastest ever T20I fifty. 🔥 👏#TeamIndia pic.twitter.com/vt9Lzj1ELv

In the 2007 T20I World Cup Group E clash between India and England, Yuvraj did the unthinkable by not only smashing six sixes but also scoring the fastest half-century in T20I cricket, which still stands unbroken.

The rivalry between India and England has been always been special and whenever the two sides lock horns, be it a tour or series or a tournament, the cricketing giants bring out their absolute best as there is more than just pride at stake.

India were 144/2 in 15.3 overs after Gambhir departed and Robin Uthappa managed to score 6 runs before being removed. Then came Yuvraj and what happened next was pure shock. Before commencing the onslaught, Yuvraj had a ‘not so healthy word’ with Andrew Flintoff which led to the Umpires intervening at the time.

The conversation did anger Yuvraj which resulted in the Punjab batsman smashing Stuart Broad for six sixes and scoring a record 12-ball fifty in the shortest format of the game. Yuvraj’s carnage helped India set up a mammoth 218/4 in 20 overs.

England did all they could in the chase with Vikram Solanki, Kevin Pietersen and Paul Collingwood doing the best they could with the bat but India had other plans as the Men in Blue restricted England to 200/6 in 20 overs, winning the clash by 18 runs.

At the time, Yuvraj became the first Indian and second cricketer after Herschelle Gibbs to smash six sixes in international cricket. Yuvraj had a phenomenal tournament as the batting all-rounder played a crucial role in India’s success to lift the T20I World Cup in 2007. He smashed 362 runs and claimed 15 wickets in the tournament.