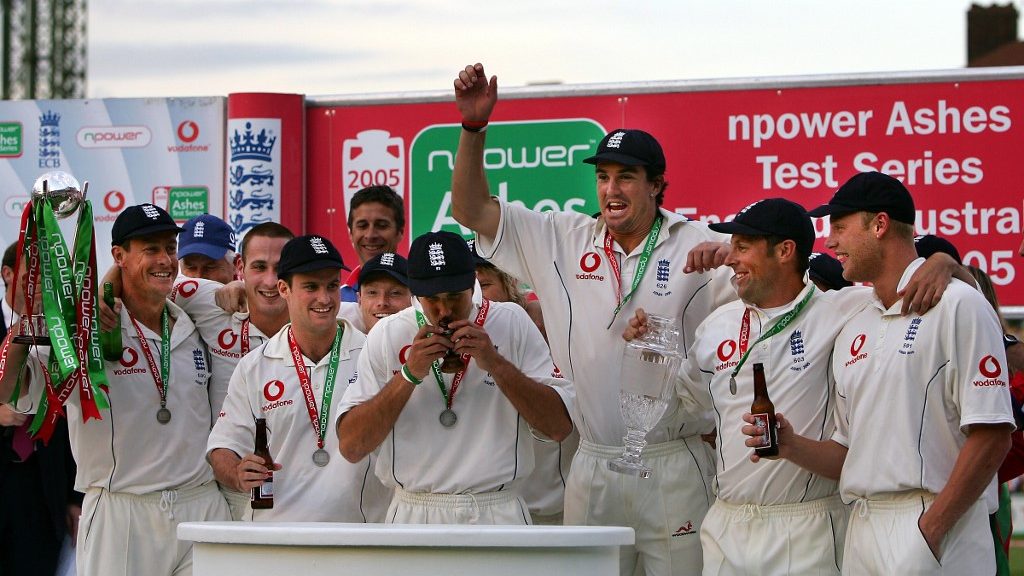 The Ashes 2005 is widely accepted as one of the greatest series of all times. Two old rivals – England and Australia — produced performances for the ages, adding a glorious chapter to their famed rivalry. From gigantic scores on the boards to double centuries and tons to fifers and ten-wicket hauls, in a grueling action-packed five-match Test series in 2005, England won the Ashes after beating Australia 2-1.

Right from Day 1 of the first Test to Day 5 of the last Test, the series was enthralling, engrossing, and riveting

The two opponents had some of the finest players to have graced the game in their respective squads, and each inning brought out a new hero. The last match (fifth) at The Oval, which was the series decider, unfortunately ended in a draw due to bad light on the final day of the series. England led the series 2-1 after winning the fourth Test by three wickets in Manchester.

It all boiled down to the final Test at the Kennington Oval, as England skipper Michael Vaughan won the toss and opted to bat first. England were bowled out for 373 in the first innings of the final Test, courtesy of Shane Warne’s 6/122.

Opener Andrew Strauss scored a classy 129 – the top score of their innings followed by Andrew Flintoff (72) and Marcus Trescothick (43.

Australian openers Justin Langer and Matthew Hayden went on to score centuries. Langer smashed a brilliant 105 before being removed by Harmison bringing his excellent century stand with Hayden to an end with the scorecard reading 185/1.

Hayden made a patient 138 of 303 deliveries before being dismissed to an LBW by Flintoff. However, once the two departed, the Australian batting collapsed to be bowled out or 367 and managing a slender six-run lead. Flintoff claimed a fifer (5/78) and Matthew Hoggard 4/97 was instrumental in England restricting Australia from taking a big lead.

The hosts were off to a poor start in their second dig as Strauss was removed for 1 by Warne. In the 23rd over, England lost their captain Vaughan for 45 and the score read 67/2. Off the very next delivery, Glenn McGrath removed Ian Bell for a duck leaving England wobbling.

However, coming to their rescue was Kevin Pietersen, who went on to smash a heroic 158 in 187 deliveries before bowled by McGrath.

Ashley Giles added crucial runs to the board with his 59, with England setting a target of 342 for Australia to chase.

But it was not meant to be for the visitors as bad light played a major role in the fourth and fifth day. Sessions were lost and eventually, the match ended in a draw, thus allowing England to win the series.