On This Day in 2005: Bangladesh Achieved Their First-ever Test Victory 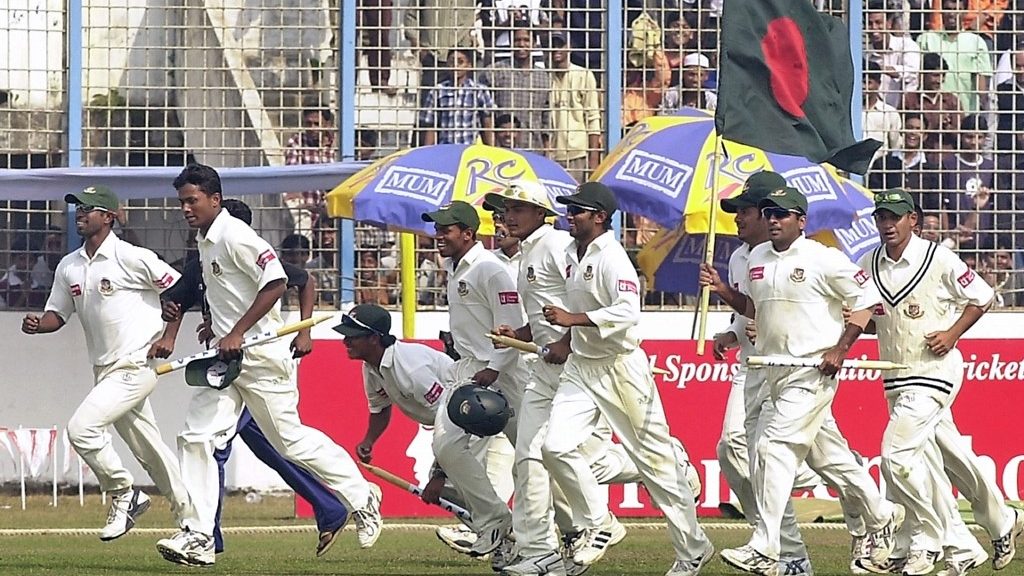 The morning of January 10, 2005, added a new chapter to Bangladesh’s cricketing journey. The Bengal Tigers registered their first-ever victory in the longest format of the game in the first of two-Test series against Zimbabwe. With the home advantage in their favour, Bangladesh were in complete control of the match right from the start. After winning the toss at the MA Aziz Stadium in Chittagong, the hosts decided to bat first.

Openers Javed Omar and Nafees Iqbal gave a steady start to their team, stitching a 91-run partnership for the first wicket. Omar was dismissed for 33 as skipper Habibul Bashar walked into bat at number three.

Building crucial partnerships, first with Mohammad Ashraful (19) and then with Rajin Saleh, Bashar helped his team get a solid grip on the match. Both Bashar (94) and Saleh (89) missed out on well-deserved hundreds but helped their team reach a mammoth total of 488 in the first innings.

In reply, the visitors’ suffered a collapse with half their side back in the pavilion at the score of just 86 runs. However, captain Tatenda Taibu (92) and Elton Chigumbura (71) held on to give Zimbabwe some hope. Their resilient knocks helped the visitors reach a respectable total of 312, but Bangladesh still had a 176-run lead.

The hosts added another 204 runs before declaring their second innings, setting a total of 381 runs for Zimbabwe to chase. A victory was out of sight for the Tatenda Taibu-led side, who were just looking to save the match. Disciplined bowling from Bangladesh, especially Enamul Haque, made the task even more difficult for the visitors.

After a wait of over 4 years, and 35 Tests, Bangladesh finally added a victory to their Test tally. The ease with which they swept Zimbabwe aside – winning by 226 runs – made the occasion even sweeter.