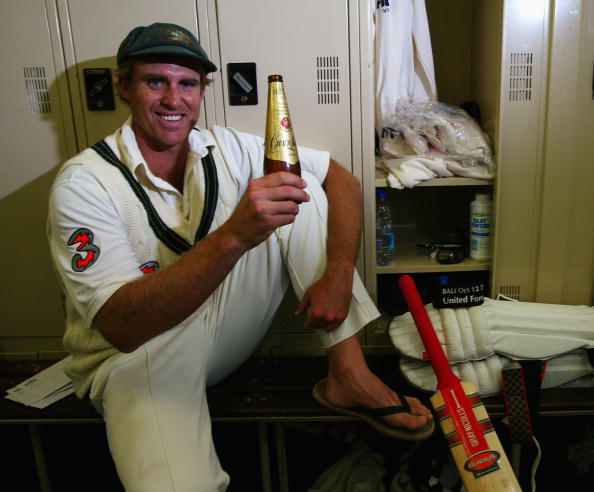 on this day, October 9, the cricketing world witnessed carnage. A blitzkrieg was inflicted on Zimbabwe by an individual. In a two-match Test series scheduled, Matthew Lawrence Hayden smashed a sizzling 380 runs against Zimbabwe in the first Test of the two-match Test series, scoring the second-highest individual Test score in history, after West Indies’ Brian Lara’s 400. Zimbabwe knew what they were signing up for on their tour to Australia in 2003, but to be toyed by one batter, was not in the scripts.

In the first Test at Perth, Zimbabwe captain Heath Streak won the toss and elected to field against Australia, a decision which to date haunts the former Zimbabwe skipper. Opening with Justin Langer, Matthew Hayden started his innings playing cautiously on a batting-friendly wicket at WACA. At the time, Australia were revered, were feared as the squad consisted of players who are now known as legends. From a deadly and fierce attacking unit to aggressive, dominating batters who could break the opposition, Australia were a side to not mess with.

Hayden reached 380, but surely batting two days continuously, had its toll which saw the opener being dismissed by Trevor Gripper. Spectators at WACA were on their feet, lauding an innings that can never be recreated. Hayden’s dismissal was a breakthrough for Zimbabwe, however, wicketkeeper Adam Gilchrist added a classy century to Australia’s innings as the hosts breached the 700-run mark, a rare feat in the sport.

Enforcing the follow on, Mark Vermeulen (63) and Sean Ervine (53) managed to add runs to the board and lessen the deficit, however, Any Bichel’s 4/63 saw the tourists being bowled out for 321, Australia winning the first Test by an innings and 175 runs.