On This Day in 1997: Sourav Ganguly’s Fifer Sinks Pakistan in Toronto 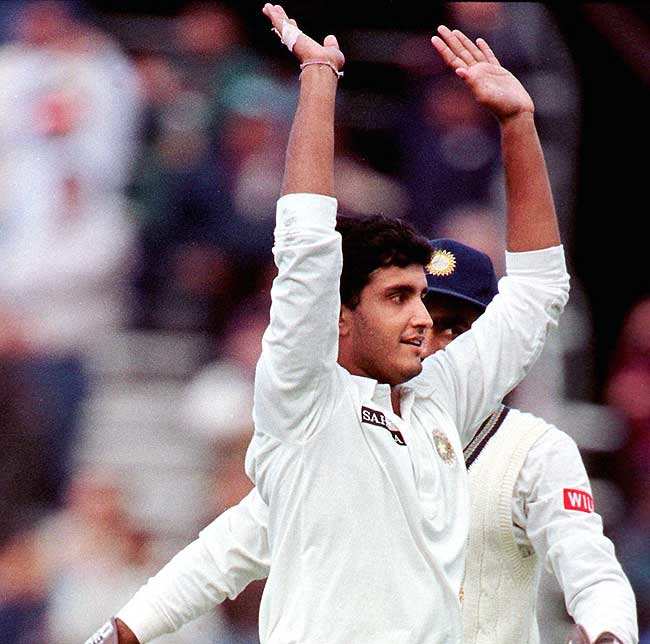 On this day, 24 years ago, former Indian skipper and the current Board of Control for Cricket in India (BCCI) chief Sourav Ganguly recorded the best bowling figure of his career in the One Day International (ODI) as Men in Blue sank Pakistan in a low-scoring encounter.

Batting first, India managed to score just 182 runs for the loss of six wickets in their stipulated 50-overs as the Pakistan trio of Mohammad Akram, Aqib Javed and Azhar Mahmood ripped apart their arch-rivals’ batting order as the pitch was assisting pace bowlers.

Ganguly, along with Saba Karim, opened India’s batting line-up but both of them were unable to counter Pakistan bowlers and were sent back to the pavilion for the individual score of just 2 runs. While Ganguly played 20 balls to score 2 runs, Karim faced 16 deliveries.

Indian skipper Sachin Tendulkar was also sent back to the stands for a ten-ball duck. Rahul Dravid (25) stayed at the crease with Mohammad Azharuddin (67) for some time as the duo added a 66-run stand for the fourth wicket. In the end, Robin Singh scored a quickfire 32 off 29 balls to take India to a respectable total.

Chasing 183 for a win, the Pakistan team amicably started their inning as Saeed Anwar (22) and Shahid Afridi (44) adding 52 runs for the first wicket. Pakistan were cursing to victory as they comfortably scored 103/3 before Ganguly struck.

Ganguly, with his innocuous medium-pace, wreaked havoc on Pakistan’s middle-order by taking five wickets while giving away 16 runs in his allotted 10 tens overs. Riding on Ganguly’s fifer, India bundled out Pakistan for just 148 runs to take the match by 34 runs.

Ganguly picked up the wickets of Ijaz Ahmed (13), Saleem Malik (6), Hasan Raza (0), Moin Khan (7) and Aaqib Javed (11) in the match. Ganguly was also awarded Man of the Match for his brilliant bowling.

On This Day in 1996: Mohammed Azharuddin Became the First Indian to Score 6,000 ODI Runs
“ICC Should Take Notice”: Inzamam-ul-Haq Slams New Zealand For Pulling Out Of Pakistan Tour