On this day in 1993: West Indies pull off incredible one-run win over Australia in Adelaide Test 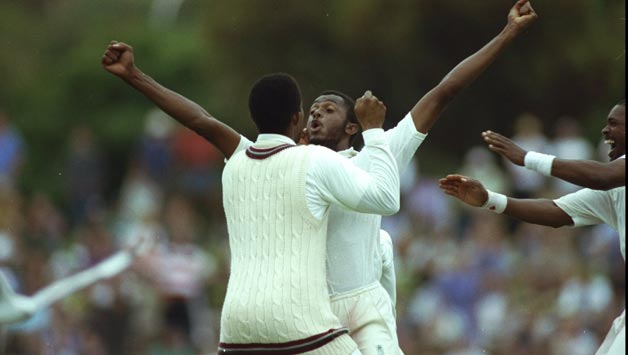 Test matches are often said to be great for cricketers and boring for viewers. However, on 26 January, 1993, one of the most thrilling Test matches of all time was played between West Indies and Australia in Adelaide. The game, which left viewers hanging by the edge of their seats, was won by West Indies by just one run. The game, which left viewers hanging by the edge of their seats, was won by West Indies by just one run. Image Courtesy: Getty Images

The sensational game helped the West Indies maintain their 13-year unbeaten run of winning Test series. The game was lost by the Aussies on the occasion of Australia Day.

The match began with West Indies putting up 252 runs in their first innings, with Brian Lara becoming the top scorer with 52 off 76. When it was Australia’s turn with the bat, the West Indies put up a spirited defence, led by Curtly Ambrose, who swiped six wickets in the innings. Australia was restricted for a total of 213 runs, giving West Indies a slim lead.

However, despite a stunning 72 off 106 balls by captain Richie Richardson, the team failed to capitalise on the lead and was bowled out for 146 runs.

Australian bowler Tim May, who was playing his first match in four years, managed to become a star overnight with his five-wicket haul in just 6.5 overs.

Australia had to score 186 runs in the final innings of the Test. With bowlers like Ambrose and Courtney Walsh, the West Indies soon managed to scalp seven wickets, leaving the Aussies teetering at 74/7.

However, the tables turned again, with Justin Langer’s scintillating knock of 54 runs, which led to the Aussies closing in on the target. With Australia at 144/9, the match was poised to go either way.

With one wicket remaining, Australia reached 184. At that moment, most people believed that the match would go their way. Strains of Waltzing Matilda began playing in anticipation of the team’s victory.

However, at the final moment, Craig McDermott was given out while fending a bouncer from Walsh. The decision, which is still seen as controversial led to West Indies winning the match by just one run.

The thrilling Test match still counts as one of the best matches in the history of cricket. Australia ended West Indies’ decade and a half winning streak in Test series in 1995.