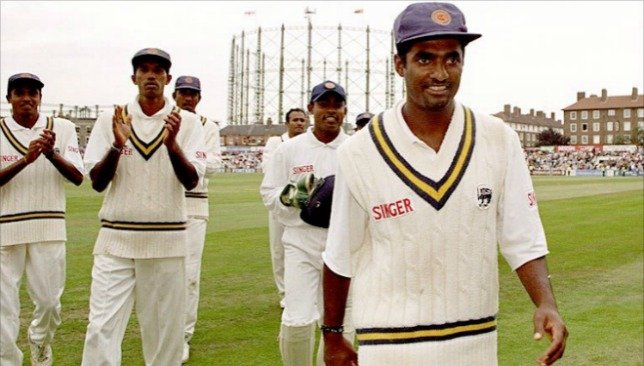 The legendary Muttiah Muralitharan made his entry into Test cricket on this day in 1992.  During a peerless international career, that spanned from 1992 to 2011, Muralitharan picked a whopping 800 Test wickets in addition to 534 scalps in ODIs as well. His tally of wickets continues to be the highest by any bowler in Test history.

Muralitharan’s spectacular international career kickstarted on August 28, 1992 with a Test match between Sri Lanka and Australia. Sri Lanka were up against Australia in the second Test of the three-match series at the R Premadasa Stadium in Colombo. The hosts were trailing in the series having lost the first Test by 16 runs.

Muralitharan showed signs of brilliance from the first game itself. The match saw him picking one wicket in the first innings followed by two wickets in the next.

Australia batted first and were bowled out for 247 runs. Dean Jones top-scored for his side by adding 77 runs. For Sri Lanka, Dulip Liyanage and Champaka Ramanayaka picked three scalps each. Meanwhile, Muralitharan picked Craig McDermott for his first international wicket.

Batting in the second innings, Sri Lanka posted 258 runs on the scoreboard to take a 11-run lead in the match. Aravinda de Silva led the attack for the hosts by slamming 85 runs. Muralitharan remained unbeaten on zero.

Thus, Muralitharan’s first Test match ended in the spinner picking three wickets across two innings. However, this was just a glimpse of the spinner’s domination who went to become a nightmare for a lot of renowned batters in the cricket fraternity.

His career wasn’t just about wizadry with the ball. An unorthodox bowling action saw him being reported for chucking too. But he recovered from the setback and went on to become one of the greatest cricketers to have played the game.