On This Day In 1990: Sachin Tendulkar Scored His Maiden International Century 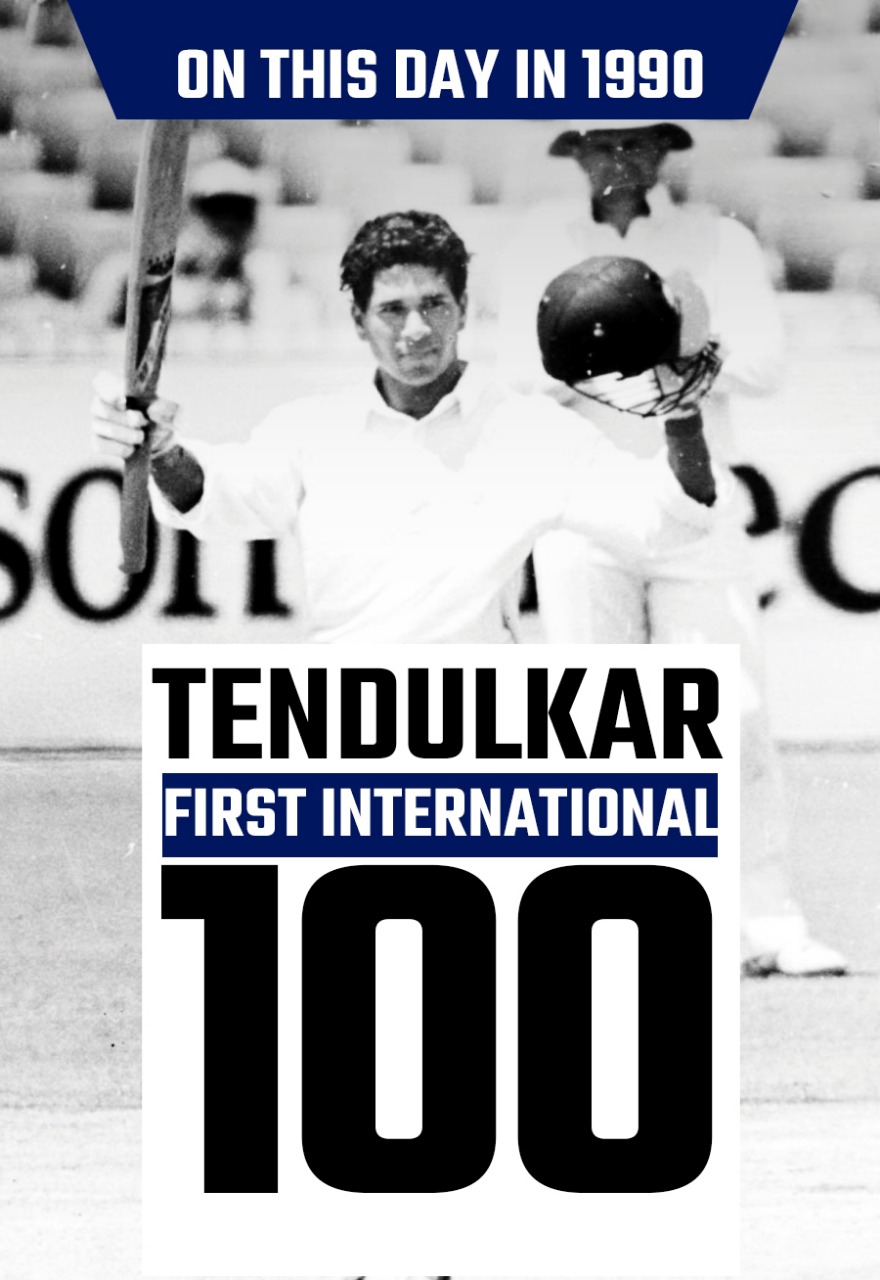 It was on this day, 31 years ago, when legendary cricketer Sachin Tendulkar scored his first international hundred in a Test match against England at Old Trafford. At the age of 17 years and 112 days, he became the third-youngest batsman to score a Test century. Tendulkar took eight Test matches to bring up his first 100-run plus score in international cricket, managing 119 not out off 189 balls in the final innings, helping India draw the game. The knock also earned Tendulkar his first Player of the Match award. England won the toss in the second game of the three-match series and opted to bat first.

Batting first, the hosts posted a total of 519 in their first innings as skipper Graham Gooch (116), Mike Atherton (131) and Robin Smith (121*) scored centuries.

In reply, India were bundled out for 432 despite captain Mohammad Azharuddin’s 179-run knock. Sanjay Manjrekar made 93 runs while Sachin Tendulkar scored 68 runs.

Leading by 87-run, England declared their second innings at 320/4d and set a target of 408 against India to win the game.

Chasing 408, India had a bad start as they lost their openers Navjot Sidhu (0) and Ravi Shastri (12) cheaply. Sanjay Manjrekar and Dilip Vengsarkar stitched a 74-run partnership for the third wicket. At the score of 109, Manjrekar (50) and Vengsarkar (32) departed in quick succession.

Sachin Tendulkar came in to bat at number 6. He along with skipper Mohammad Azharuddin kept the scoreboard moving and built a brief partnership of 18 runs for the fifth wicket. The skipper was sent back to the pavilion after scoring 11 runs.

Kapil Dev joined Tendulkar in the middle for a 56-run partnership for the sixth wicket. Dev departed after scoring 26 runs. Tendulkar and Manoj Prabhakar played cautiously and remained unbeaten on 119* and 26*, at the end of the fifth day, and the visitors successfully drew the match.

The Maharashtra-born player had an illustrious career in the game, creating several records. Tendulkar made his debut in Test cricket on November 15, 1989. In the same year on December 18, he played his first ODI match.

The legendary cricketer has the most number of runs in the longest format of the game, amassing 15,921 runs. Along the way, Tendulkar scored 51 Test centuries, most by any player.

Things are no different in ODI cricket with Tendulkar atop the list of most runs in this format as well. He has 18,426 runs in ODI which include 49 hundreds.

Tendulkar represented the country in six World Cups during his career that lasted for 24 years. He was part of the 2011 World Cup-winning squad.