On This Day in 1987: Australia Won Their First Cricket World Cup Title 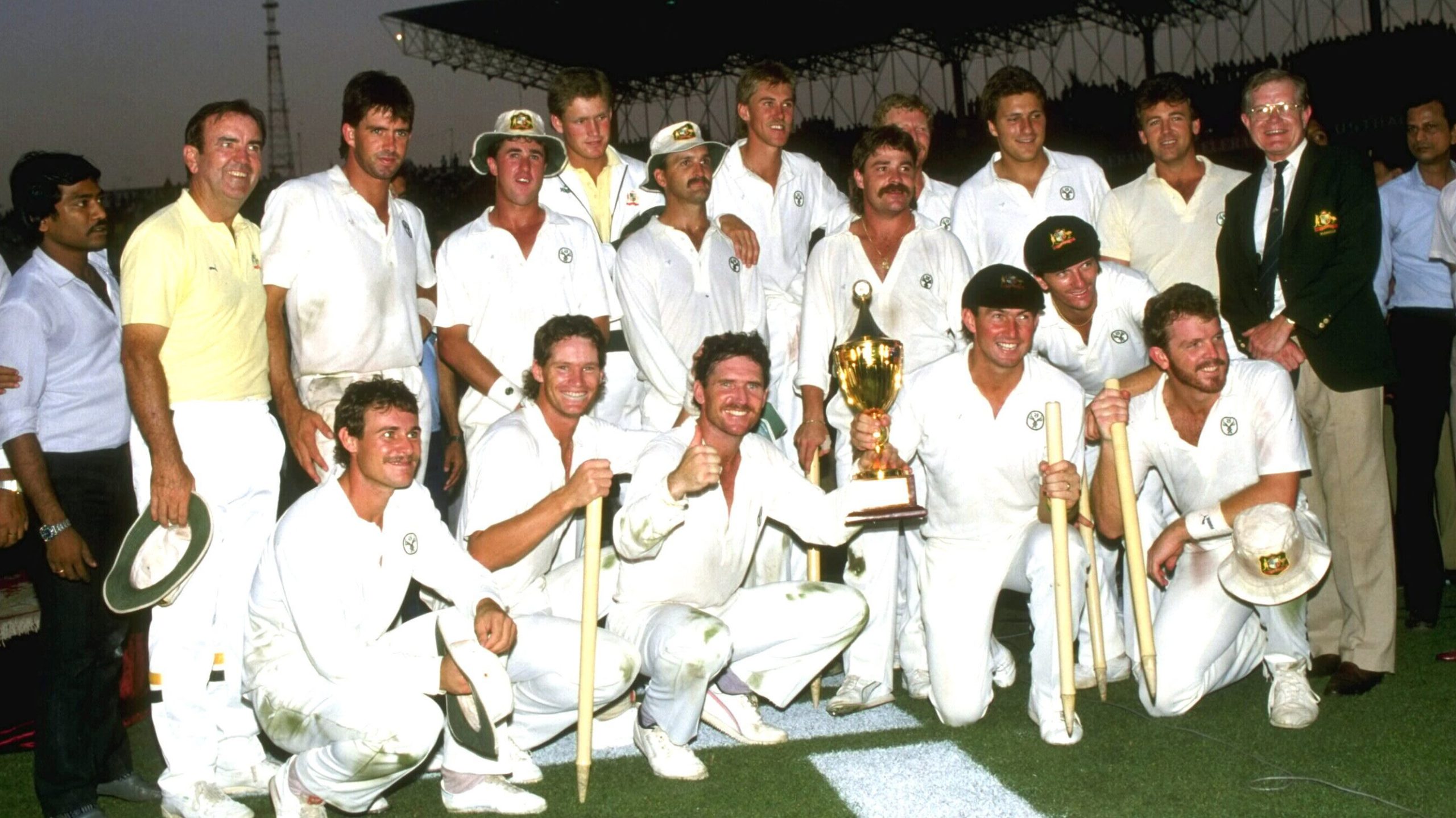 On the 34th anniversary of the 1987 World Cup final, we take a look at Australia’s journey to their first-ever WC trophy. The 1987 WC was played in the sub-continent with neighbouring rivals India and Pakistan playing the co-host while old foes Australia and England met in the summit clash in Kolkata. It was a second final appearance for both England and Australia. Both England and Australia were denied their previous WC bid by the same opponent West Indies in 1975 and 1979 respectively.

With former winners West Indies and India out of the tournament, the carpet was set for a new champion and it was Allan Border’s Australia that outclassed England to become the new cricket powerhouse. This victory also marked the start of Australia’s domination in world cricket.

Both England and Australia’s journey to the 1987 WC final was an identical one – finished at the second spot in their respective grounds and then battered table-toppers India and Pakistan respectively in the semis to qualify for the showpiece event in Kolkata.

Chasing 254 for a win, England’s start was not great as their opener Tim Robinson was removed for a golden duck. However, Graham Gooch (35) and Bill Athey (58) steadied their ship and put them on course to victory.

The duo of Mike Gatting and Allan Lamb further strengthened their position by scoring 41 and 45 runs respectively. Border brought Australia back into the game by dismissing Getting and soon England’s wicket started tumbling. In the end, England fell seven runs short of Australia’s total as Border became the first Aussie captain to lift the WC trophy.