On This Day: Imran Khan Led Pakistan to Historic World Cup Triumph in 1992 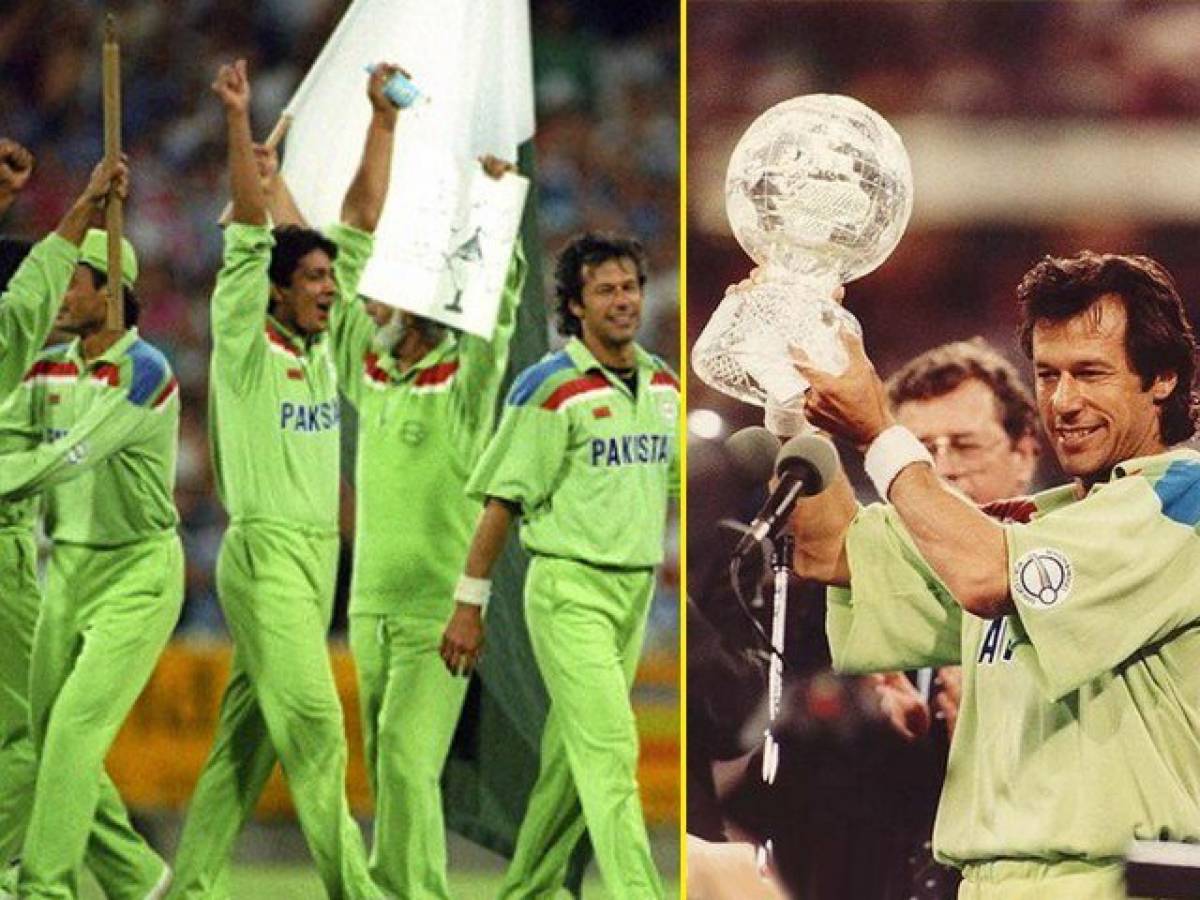 March 25, 2022 marks the 30-year anniversary of Pakistan’s maiden cricket World Cup triumph, which till date remains the only time they lifted the trophy. Led by the inspiring Imran Khan, Pakistan embarked on a sensational journey from the group stages to finally beat England in the final and win the 1992 World Cup in Melbourne.

Pakistan qualified as the last team from the group stages with four wins, three losses and a no result. They defeated Zimbabwe (by 53 runs), Australia (by 48 runs), Sri Lanka (by 4 wickets) and New Zealand (by 7 wickets) and lost to West Indies (by 10 wickets), India (by 43 runs) and South Africa (by 20 runs) while the match against England ended in no result.

In the semi-finals, the Men in Green came face to face against New Zealand where they beat the Blackcaps by 4 wickets at Eden Park in Auckland. Inzaman-ul-Haq starred with a 37-ball 60 as Pakistan won the match with an over to spare. In the other semi-final, England defeated South Africa by 19 runs at the Sydney Cricket Ground in Sydney.

Pakistan won the toss and elected to bat first but they lost both their openers in Aamer Sohail and Ramiz Raja early within the first 9 overs. Then, the rebuilding job began with Khan himself batting at No. 3 and Javed Miandad coming in at 4. The pair started slow and were only on 70 till the 25th over but then put their foot on the accelerator and scored 69 runs in the next six overs to take the score to 139/2 by the end of the 31st over. However, the run-rate dropped once again and Miandad, who already had a runner, fell for 58 to Richard Illingworth in the 40th over.

Khan then looked to up the ante but departed for a well-made 72 when Ian Botham got him caught in the 44th over with the score at 197/4. Inzamam’s 42 along with a whirlwind knock of 33 off 18 from Wasim Akram made sure Pakistan reached a total of 249/6 from their quota of 50 overs.

Much like Pakistan, England also lost early wickets and failed to put on a good stand and were reduced to 69/4 from 20.5 overs. Neil Fairbrother and Allan Lamb then got together for a steady stand and guided the Three Lions to 141 before Akram returned to clean Lamb up for 31 in the 35th over and break England’s resistance. Post that, none of the batters quite got in and once Fairbrother fell for 62 in the 43rd over, it was more or less game over for the Englishmen as they could only muster 227 with Khan signing off in style with the wicket of Illingworth in the last over of the game and sealing a maiden World Cup win for Pakistan.

It was a dream moment at the MCG and Pakistan fans soaked in the glory as Khan and co. made the impossible possible, thanks to some solid performances throughout the tournament from Miandad (437 runs), Raja (349 runs) and leading wicket taker Akram, who had 18 wickets to his name and also the Man-of-the-Match in the final.