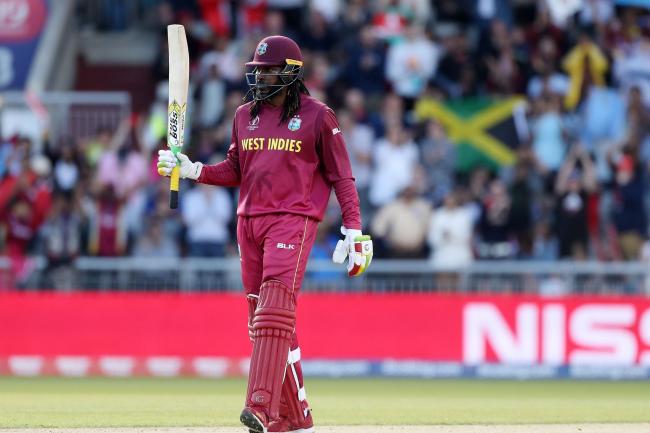 Six years ago, on 24 February, West Indies super hitter Chris Gayle wrote history by slamming the first ever double century at a Cricket World Cup during the 15th Match of the ICC World Cup 2015. The star batsman made the staggering double ton against Zimbabwe at the Manuka Oval in Canberra, Australia.

Gayle smashed 215 off 147 deliveries, which included 10 boundaries and 16 glorious sixes. With his remarkable feat, Gayle also became the fifth cricketer to have achieved a double-ton in a 50-overs match. Coincidentally, it was on the same day in 2010 that India’s cricket legend, Sachin Tendulkar had registered one-day cricket’s first double ton during a match against South Africa. After Tendulkar, Indian cricketer Virender Sehwag had also achieved the feat, followed by Rohit Sharma, who registered double centuries on two different occasions. Hence, with this feat, Chris Gayle also became the first non-Indian player to hit a double century in ODIs.

In the ICC Cricket World Cup match, West Indies captain Jason Holder won the toss and chose to bat first. After opener Dwayne Smith was lost off the second ball of the match, things seemed a bit difficult for the team.

However, Chris Gayle and Marlon Samuels made a solid partnership and in just 23.3 overs, they crossed the 100-run mark on the scoreboard. The Gayle-Samuels partnership put on their 150-run stand in the 31st over. Four boundaries later, the destructive batter reached his 22nd ODI century from 107 balls.

A barrage of boundaries were followed by Gayle, along with ten more sixes, which lifted the team to a mammoth total of 372 runs in their innings.

The second-wicket partnership of Chris Gayle and centurion Marlon Samuels (133) helped West Indies post 372 for 2 in 50-overs against Zimbabwe.

While Samuels remained unbeaten at 133, Gayle was dismissed in the last ball of the innings. However, the wicket came too late as the left-arm batsman had already led his team to a stupendous score. The 372-run stand of Gayle and Samuels also broke the record to become the highest-ever partnership in ODI history till date.

Chris Gayle also became the highest individual scorer in a World Cup match. He surpassed South Africa’s Gary Kristen’s 188 made in Rawalpindi during the 1996 World Cup.

Zimbabwe came in next to bat in the 50-overs World Cup match, but lost wickets at regular intervals. Sean Williams put up a great effort with 76, followed by Craig Ervine’s 52. However, the team could only manage to put up 289 on the scoreboard and West Indies won the match by 73 runs through Duckworth Lewis method.