On This Day 35 Years Ago, India Played One of Only 2 Tie Tests In Cricket History 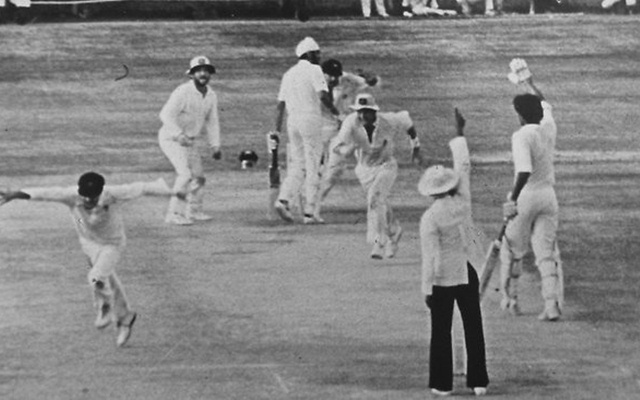 On September 22, 1877, the world saw two teams take part in a Test match. Since then 2433 Tests have been played, but only a couple of them have ended in a tie. One of the two tie matches took place 35 years ago between India and Australia in Chennai in 1986. The Indian team had to score one run off the last 3 balls to win but Maninder Singh could not get the required runs.

Australia won the toss and elected to bat. They scored 574 runs for the loss of 7 wickets. Dean Jones was the top scorer with a brilliant 210-run inning. Apart from Jones, David Boon also chipped in with 122 runs while captain Allan Border scored 106 runs. For India, off-spinner Shivlal Yadav took 4 wickets. Australia had almost batted India out of the competition.

In response, India did not get off to an entirely positive start – they lost 3 wickets for 65 runs. However, captain Kapil Dev scored a brilliant 119 to take the score to 397 runs. Apart from this, Ravi Shastri scored 62, Krishnamachari Srikkanth scored 53 and Mohammad Azharuddin chipped in with a fifty. For Australia, off-spinner Greg Mathews took 5 wickets. At the end of the first innings, Australia managed to get a lead of 177 runs.

Australia declared the second innings when the score read 170 runs for 5 wickets. David Boon scored the highest 49 runs. Team India was given a target of 348 runs in the final innings and this was when India’s batting decided to step up. Sunil Gavaskar scored 90, Srikkanth scored 39 while Mohinder Amarnath scored 51 runs and at one stage India were at 204 for 2.

Team India had to score 18 runs in the last 30 balls with 4 wickets remaining. Chetan Sharma was dismissed when the score read 331 while Kiran More got out at the score of 334.

India needed 4 runs in the final over, but only one wicket remained. Ravi Shastri did not take a run on the first ball of Mathews. He took 2 runs on the second ball and one run on the third ball. The scores were level and India had warded off defeat. However, Maninder Singh could not hit the winning runs and the match ended in a draw.