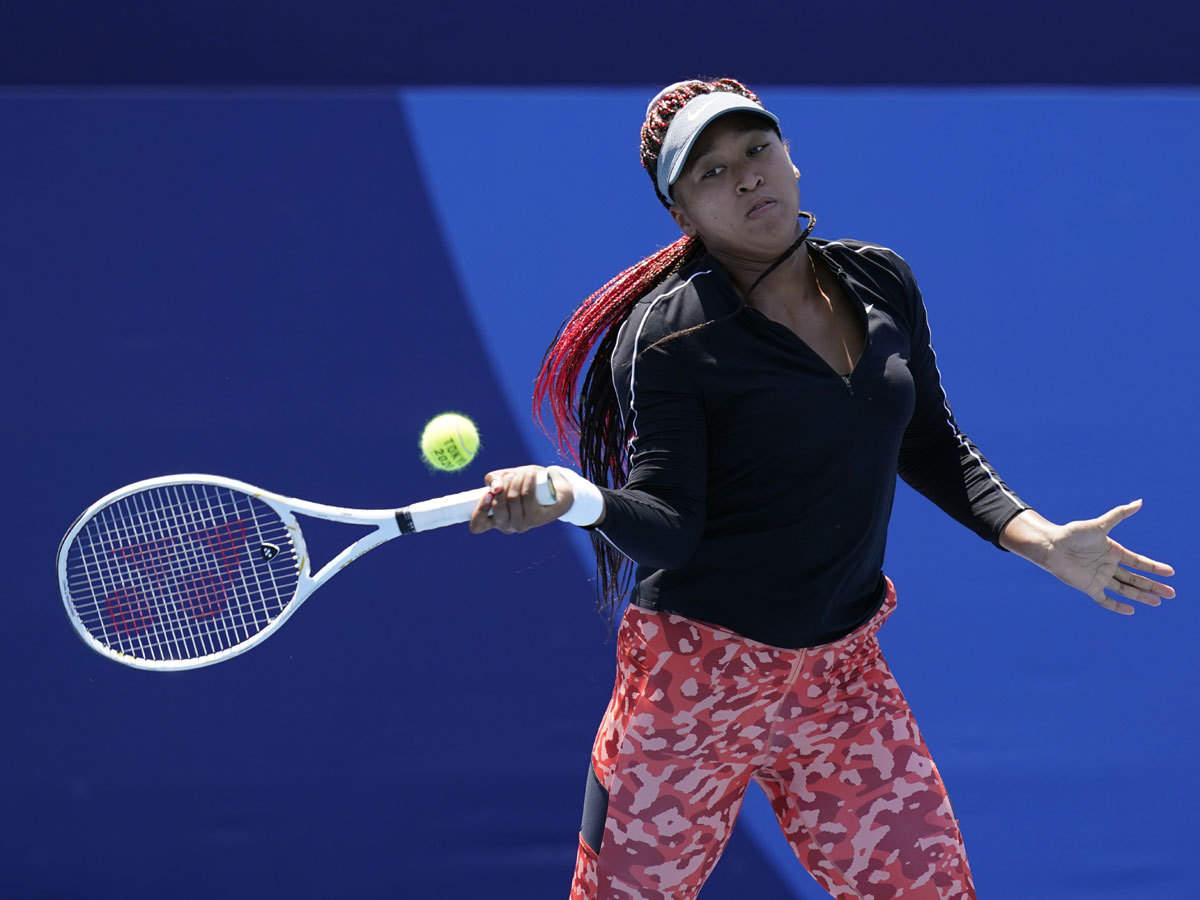 Osaka, a four-time Grand Slam champion and world number two, has not played a competitive match since pulling out of the French Open in May.

Japan’s Naomi Osaka will return to the spotlight on Saturday, kicking off her Olympic campaign in the first match on Centre Court as a home crowd favourite after taking a mental health break two months ago.

Osaka, a four-time Grand Slam champion and world number two, has not played a competitive match since pulling out of the French Open in May amid controversy over her decision to skip all press conferences at the tournament in an effort to protect her mental well-being.

But with all of her major wins coming on hard courts – the same surface being used in Tokyo – the 23-year-old remains widely seen as one of host Japan’s strongest gold medal contenders in a field of 64 players each for women’s and men’s singles that is missing some of the biggest names in the sport.

Amid heightened coronavirus pandemic restrictions, Switzerland’s Roger Federer and Spain’s Rafael Nadal, each with multiple Grand Slams to their names, both pulled out ahead of the Games, along with reigning U.S. Open men’s champion Dominic Thiem.

In the women’s singles, two-time Slam winner Simona Halep will be absent, like American sisters Serena and Venus Williams https://www.reuters.com/lifestyle/sports/serena-williams-skip-tokyo-games-2021-06-27, who have four gold medals each. Another U.S. player, teenager Coco Gauff, pulled out earlier this week after testing positive for COVID-19.

For Osaka, also making her Olympic debut, the challenge begins when she takes on China’s Zheng Saisai, ranked 52 in the world, in the opening round at downtown Tokyo’s Ariake Tennis Park in a contest scheduled to start at 11.00am local time (0200 GMT).

Osaka could potentially go on to meet 2020 French Open champion Iga Swiatek in a blockbuster quarter-final, while world number one Ashleigh Barty of Australia may await on the other side of the draw.

In a essay penned for Time Magazine earlier this month, Osaka said she stood by her decision to step away from the court but was now ready to make Japan proud at the Games.

“An Olympic Games itself is special, but to have the opportunity to play in front of the Japanese fans is a dream come true,” Osaka wrote.

Players from 46 countries will compete for Olympic glory in the competition that could be complicated by Tokyo’s intense summer heat, with the Japan Meteorological Agency expecting temperatures to rise as high as 33 degrees Celsius as the Games get underway.

An International Tennis Federation spokesperson confirmed to Reuters that the Centre Court’s roof can be closed if heat is excessive or in case of rain.

Wrapping up day one proceedings on Centre Court, Novak Djokovic will begin his quest to become the first man to complete a ‘Golden Slam’ – victories at all four Grand Slam tournaments in a single year plus an Olympic singles Gold.

Germany’s Steffi Graf is so far the only player to win a Golden Slam, in 1988, but top-ranked Djokovic could soon match her feat if he wins in Tokyo and then claims the U.S. Open title in August.

The 34-year-old’s wins at this year’s Australian Open, Roland Garros and Wimbledon already mean he has joined rivals Federer and Nadal with 20 Grand Slam titles apiece.

Djokovic plays 139th-ranked Bolivian Hugo Dellien in the opener, and could face a potential quarter-final meeting with number five seed Andrey Rublev or Japan’s Kei Nishikori, who took home the bronze medal at the 2016 Games in Rio.

The Serbian could also be looking to extend a five-match winning streak against fourth seed Alexander Zverev, a possible semi-final opponent.