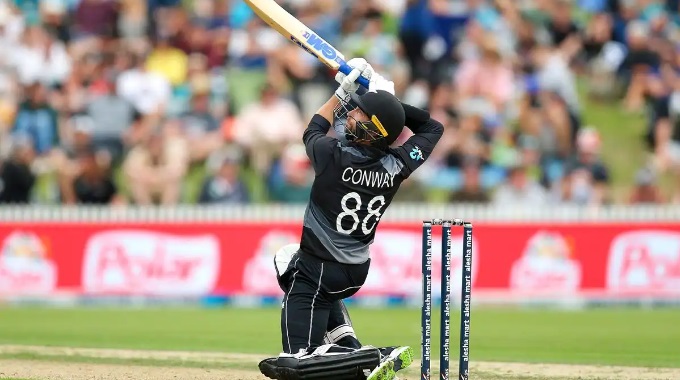 New Zealand cruised to a 65-run victory in the 3rd T20I against Bangladesh with Finn Allen and Todd Astle helping them in the all-around show at Eden Park in Auckland on Thursday.

In the rain-affected match, Bangladesh’s stand-in captain Liton Das won the toss and asked the hosts to bat first. With overs reduced to 10-overs-a-side, it was a difficult task for any side but Martin Guptill and Finn Allen made it look easy.

The power-hitting was started by Guptill and Allen joined the party later as New Zealand raced to 43 after the third over. The duo continued their onslaught and a dropped catch by Soumya Sarkar in the fourth over only added insult to the injury.

Bangladesh got the first breakthrough when Mahedi Hasan dismissed Guptill in the sixth over but till then the right-handed opener had already done the damage with his 19-ball 44.

With four overs left and nine wickets in hand, Allen whacked every possible ball which came in his slot to smash the joint-fastest fifty for a New Zealand batsman in just 18 balls.

Bangladesh did dismiss Glenn Phillips, Allen, and Daryl Mitchell in the subsequent overs but couldn’t stop the Kiwis from putting 141 runs on board.

In contrast, Bangladesh was off to a poor start as they lost Soumya Sarkar and Liton Das back to back in the first over off Tim Southee. While Mohammad Naim did play his shots but his stint at the crease was so short that Bangladesh gave up any hope they had before starting the chase.

Then on, it was just a formality as Todd Astle ran through the Bangladesh middle-order not allowing any batsman to get to the double-digit mark as he finished with four scalps. Southee returned with 3/15 in his three overs.