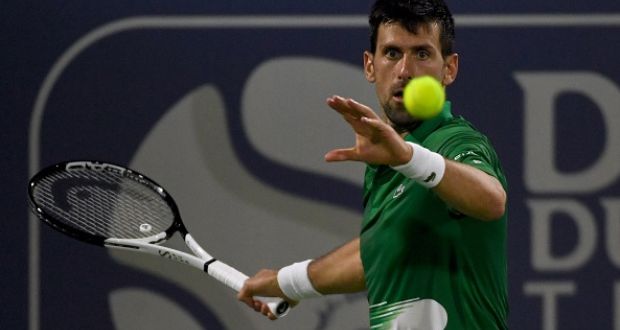 Indian Wells, United States: Novak Djokovic was entered into the draw for this week’s ATP/WTA Indian Wells tournament on Tuesday but it is unclear whether he will take part in the tournament, organisers said.

A brief statement from tournament organisers said officials were in contact with Djokovic’s team to determine whether he would play in California or even be allowed to enter the United States because he has not been vaccinated against the coronavirus.

“Novak Djokovic is on the tournament entry list, and therefore is placed into the draw today,” tournament chiefs said.

“We are currently in communication with his team; however, it has not been determined if he will participate in the event by getting CDC approval to enter the country.”

Djokovic is a five-time champion at Indian Wells, where organisers have said proof of full vaccination will be required for spectator entry into the grounds for the tournament in the California desert.

Under US government regulations, all non-US citizen travellers entering the United States must be vaccinated against Covid-19.

Djokovic was barred from the Australian Open in January after officials said he did not meet requirements for unvaccinated travellers trying to enter the nation.

Djokovic’s visa was eventually canceled and, after a legal appeal failed, he departed without playing.

While Djokovic’s status remains up in the air, Tuesday’s draw raised the possibility of another blockbuster showdown between newly minted world number one Daniil Medvedev and 21-time Grand Slam champion Rafael Nadal.

Russian star Medvedev is scheduled to face Nadal in the semi-finals in what would be the duo’s third meeting in less than two months.

Before that however, top seed Medvedev may have to negotiate a tricky assignment against fifth seed Stefanos Tsitsipas in the quarter-finals.

Nadal has won both of his meetings with Medvedev this year, winning an epic Australian Open final before claiming victory at the Mexican Open last month.

Medvedev has never won Indian Wells, and was eliminated in the last 16 at last year’s tournament.

Fourth seed Nadal meanwhile is a three-time victor at the Californian showpiece, and will be playing the tournament for the first time since 2019.

The 35-year-old Spaniard reached the semi-finals or better in eight straight appearances at the tournament between 2006 and 2013.

Nadal, who joins the fray in Saturday’s second round, could face Sebastian Korda in his opening game.