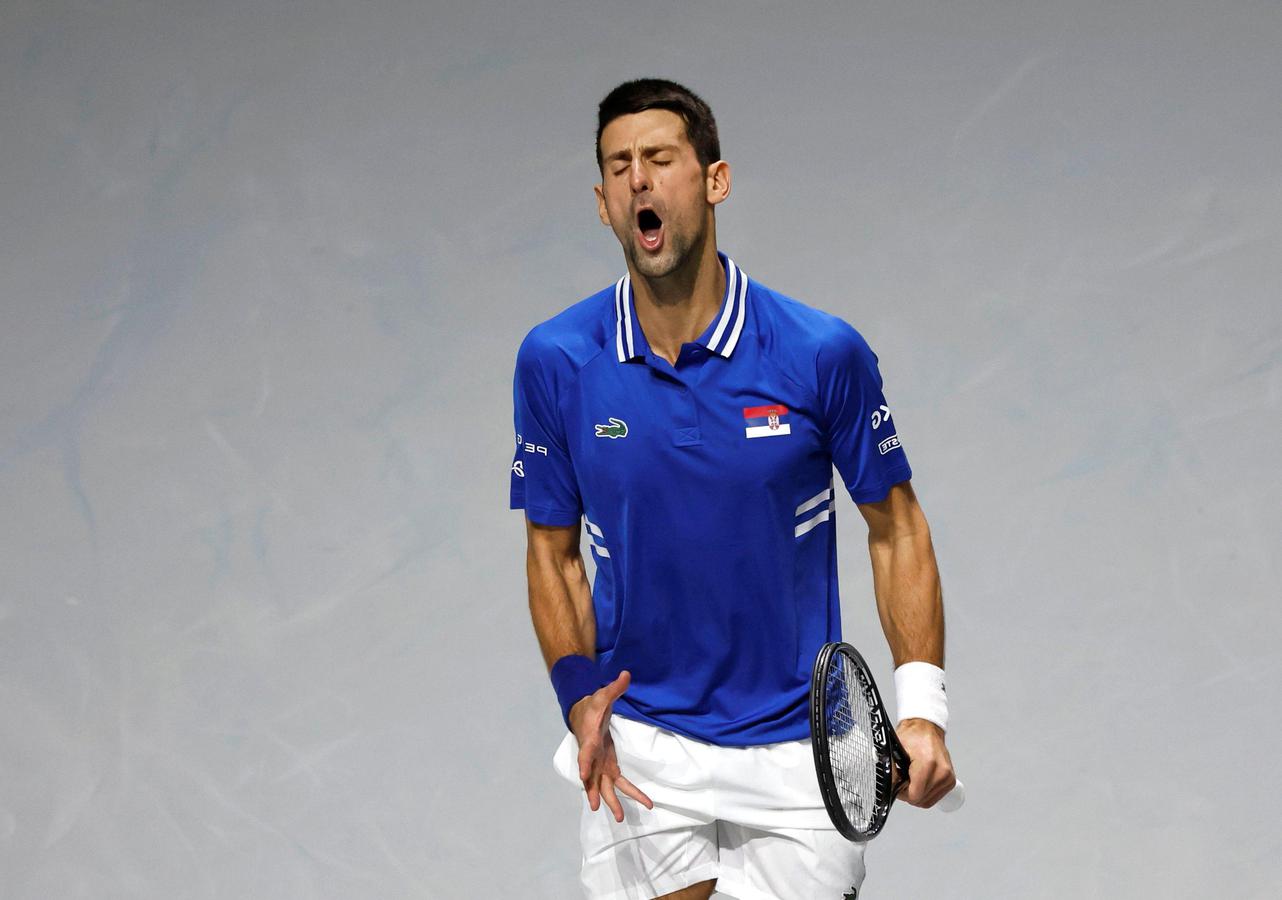 Novak Djokovic dominated the men’s game once again and a new star in Emma Raducanu exploded onto the scene at the U.S. Open, but the sport finished 2021 in a stand-off with China over the safety of former doubles number one Peng Shuai.

Djokovic started the year by winning a record ninth Australian Open title and by the time the season reached the final of the fourth and last major of the year at the U.S. Open, the Serbian was standing on the verge of history.

A title at the Arthur Ashe Stadium would have made Djokovic the first man to win all four majors in a calendar year since Rod Laver in 1969 and also helped him break a three-way tie for a men’s record 20 Slam titles with Roger Federer and Rafa Nadal.

It was Russian Daniil Medvedev who created a little bit of history of his own, however, when he clinched a first major nL1N2QE0HP by demolishing Djokovic in straight sets at Flushing Meadows.

The Serbian did have another tie to break in 2021, though, and this time he succeeded as he surpassed his childhood idol American Pete Sampras by clinching the year-end world number one ranking for a record seventh time.

Raducanu took the newcomer of the year title for her spectacular few months on court that started with her fourth-round appearance at Wimbledon and culminated with the then 18-year-old winning a maiden major at the U.S. Open.

The 18-year-old Raducanu entered the hardcourt major as a 150th-ranked qualifier, going on to become Britain’s first female Grand Slam champion for 44 years.

Raducanu and Canadian Leylah Fernandez — born two months apart in 2002 — generated frenzied hype as they swept all before them on unlikely runs to the title decider in New York.

The year, however, ended on a sour note for the sport with the WTA suspending its 2022 tournaments nL1N2SM2GY in China due to concerns over the treatment of Peng, who had accused a former vice premier of sexual assault.

China has been the epicentre of the WTA’s aggressive expansion in Asia for more than a decade and the women’s tour hosted nine events in the country when the last full season before the COVID-19 pandemic was held in 2019.

Djokovic also won a record 37th ATP Masters title and surpassed Federer’s record for most weeks as the ATP number one.

Medvedev, Stefanos Tsitsipas of Greece and German Alexander Zverev – the Tokyo gold medallist – were worthy challengers but Djokovic left no one in any doubt that he would remain the man to beat next term.

“I’m really, really tired from this season and this whole year,” said Djokovic after Serbia’s semi-final loss to Croatia in the Davis Cup, adding that he will return hungry for more.

In team tennis, Russia were unmatched as they won the ATP Cup, the Davis Cup and the inaugural Billie Jean King nL1N2RX0GM Cup with the pair of Anastasia Pavlyuchenkova and Andrey Rublev also clinching the mixed doubles gold at the Tokyo Games.

But approaching the turn of the year the future of tennis in China appeared grim.

“Unless China takes the steps we have asked for, we cannot put our players and staff at risk by holding events in China,” WTA chief Steve Simon said.

For the legions of Federer and Nadal fans it was a year to forget as both lost a chunk of the season to injuries while the Spaniard also relinquished his French Open claycourt crown which was claimed by his great rival Djokovic.

Also struggling was 23-time major winner Serena Williams, who retired from her first-round match at Wimbledon with a right hamstring injury and was sidelined for the rest of the season.

Her heir apparent, Naomi Osaka, missed a couple of Grand Slams for a different reason.

Osaka began the year by picking up her fourth major at Melbourne Park but the Japanese player stunned the world by pulling out ahead of her second-round match at the French Open following a row over skipping press conferences.