Novak Djokovic Eyes Third Round On Wimbledon’s Courts For Concern 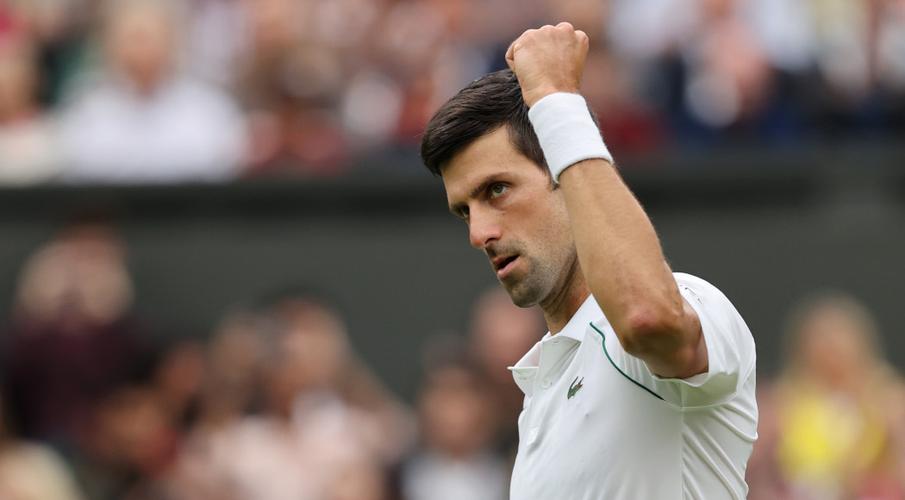 Five-time champion Novak Djokovic renews his long-standing Wimbledon rivalry with Kevin Anderson on Wednesday as serious questions are asked over the quality of the fabled Centre Court where Serena Williams suffered her tournament-ending injury. World number one Djokovic, looking to move alongside Roger Federer and Rafael Nadal as a 20-time Grand Slam winner, has a 9-2 record over the big South African. That includes three wins at Wimbledon in 2011, 2015 and in the 2018 final. Anderson has beaten in straight sets in that championship match three years ago, exhausted by back-to-back five-setters in the last-eight and semi-finals. He defeated Federer 13-11 in the final set of their quarter-final clash and then John Isner 26-24 in the fifth set in the semi-final.

Djokovic opens play on Centre Court, a day after seven-time champion Serena Williams retired with an ankle injury midway through the first set of her opener against Aliaksandra Sasnovich.

The 39-year-old American left the arena in tears as her dream of equalling Margaret Court’s record of 24 majors was again thwarted.

Her heart-stopping fall came not long after French player Adrian Mannarino had slipped and hurt himself on the same part of Centre Court.

He too had to retire with his match against Roger Federer level at two sets apiece.

“I do feel it feels a tad more slippery maybe under the roof. I don’t know if it’s just a gut feeling,” said Federer.

“This is obviously terrible that it’s back-to-back matches and it hits Serena as well. Oh, my God, I can’t believe it.”

Djokovic had also struggled to keep his feet on Centre Court on Monday when he faced Jack Draper in his first round tie.

Britain’s Andy Murray won his first singles match at the tournament in four years when he saw off 24th seeded Nikoloz Basilashvili two days ago.

The three-time champion and former world number one, now down at 118 in the rankings, tackles qualifier Oscar Otte of Germany for a last-32 place.

Murray, 34, has overcome a career-threatening hip injury to still be playing at the highest level.

“I keep on being asked will it be my last match or my last Wimbledon,” said Murray.

“I don’t know why I keep on being asked. I want to keep on playing. I enjoy it and I can still play at the highest level.”

Both Djokovic and Murray would have been buoyed by seeing world number four Stefanos Tsitsipas removed from their half of the draw in the first round.

In the women’s tournament, Belarus second seed Aryna Sabalenka, yet to make the last-eight of a Slam, faces British wild card Katie Boulter, the world 219.

Sabalenka won their only previous meeting at the Australian Open in 2019.

With rain having disrupted the opening two days of the championship, there are still 49 first-round ties to complete.

Two singles matches which should have been completed on Monday will now go into a third day.

In an attempt to return to the schedule, first and second-round men’s doubles matches will be best of three sets rather than five, said organizers.

In all, 80 singles matches are on the schedule for Wednesday.

They will include 41-year-old Venus Williams, a five-time champion who made her tournament debut in 1997, taking on Tunisia’s Ons Jabeur.