“Not A Racist”: Quinton de Kock Apologises, Explains Why He Didn’t Take The Knee 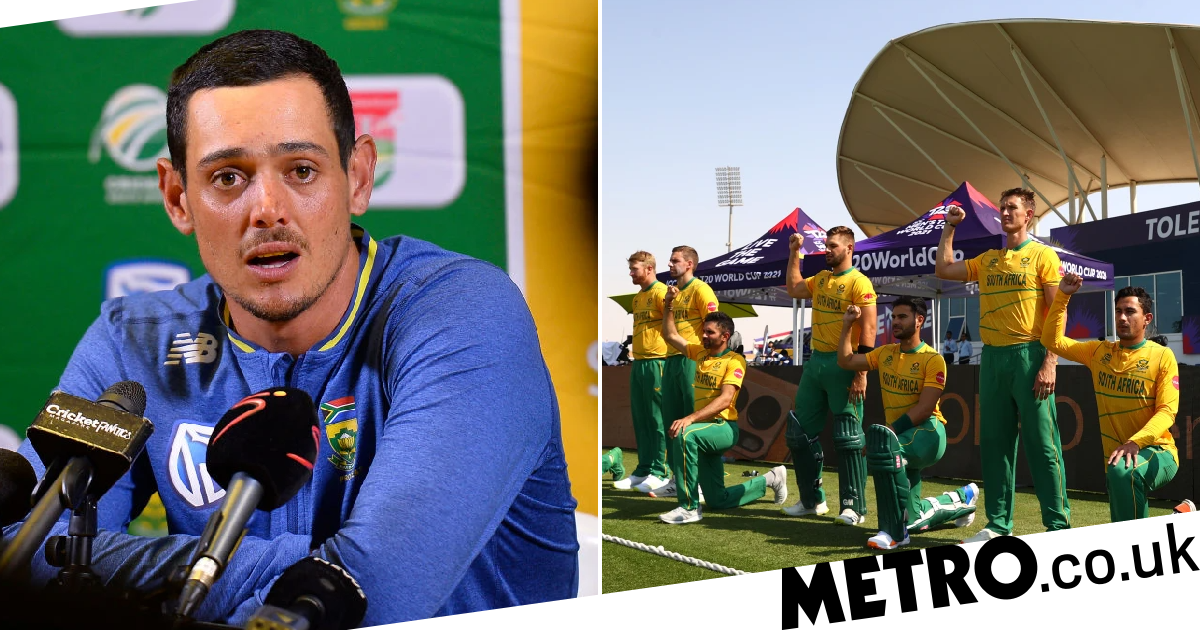 South African cricketer Quinton de Kock has apologised to his teammates and the fans for refusing to take the knee. De Kock had made himself unavailable for South Africa’s second T20 World Cup match against the West Indies rather than obey an instruction from Cricket South Africa to “take the knee” in a gesture against racism. In a statement tweeted by Cricket South Africa’s official Twitter handle, de Kock said he was sorry the “hurt, confusion, and anger” he caused, adding that he would be “more than happy to” take the knee if it “helps to educate others, and makes the lives of others better”.

“I would like to start by saying sorry to my teammates, and the fans back home. If me taking a knee helps to educate others, and makes the lives of others better, I am more than happy to do so,” de Kock said in the statement.

After not taking the knee in South Africa’s opening T20 World Cup match against Australia, de Kock pulled out of Tuesday’s match against holders West Indies for “personal reasons”.

“Being called a racist because of a misunderstanding hurts me deeply. It hurts my family. It hurts my pregnant wife. I am not a racist. In my hearts of hearts, I know that. And I think those who know me know that.”

“I did not, in any way, mean to disrespect anyone by not playing against West Indies, especially the West Indian team themselves. May be some people don’t understand that we were just hit with this on Tuesday morning, on the way to a game.”

“I am deeply sorry for the all the hurt, confusion and anger that I have caused. I was quiet on this very important issue until now. But I feel I have explain myself a little bit.”

De Kock then went on to explain why he decided to pull out of the match against the West Indies.

“The rights and equality of all people is more important than any individual. I was raised to understand that we have rights, and they are important. I felt my rights were taken away when I was told what we had to do in the way that we were told,” said the wicketkeeper batter.

De Kock’s statement ended with him thanking his teammates and captain Temba Bavuma who he called “a flipping amazing leader”.

“I just want to thank my teammates for their support, especially my captain, Temba. People might not recognise, but he is a flipping amazing leader.

“If he and the team, and South Africa, will have me, I would love nothing more than to play cricket for my country again”