No Hardik, Kuldeep in India’s squad of 20 for WTC final and England Tests 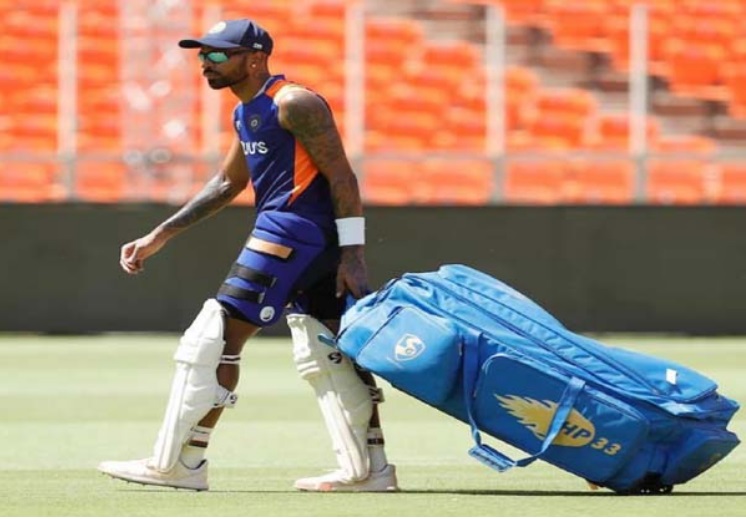 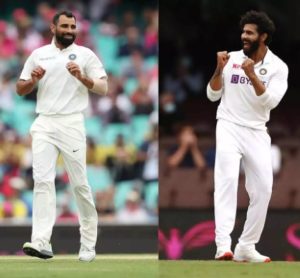 There is no room for Hardik Pandya or Kuldeep Yadav in India’s squad of 20 players, including two players – KL Rahul and Wriddhiman Saha – subject to “fitness clearance”, for the final of the World Test Championship against New Zealand and the subsequent five-Test series against England. Pandya and Kuldeep aren’t among the four standby players either.

India will play the WTC final from June 18 to 22 in Southampton and the Test series against England from August 4, starting in Nottingham, to September 14, with the last Test scheduled for Manchester.

Virat Kohli’s side is expected to leave for England on June 2, and keeping in mind the length of the tour as well as possible contingencies because of the Covid-19 pandemic, India is carrying a total of 24 players, their reserves’ list containing Abhimanyu Easwaran, the opening batter, and three fast bowlers: Prasidh Krishna, Avesh Khan, and Arzan Nagwaswalla.

Mohammed Shami, Ravindra Jadeja, and Hanuma Vihari returned to the squad after missing the recent home Tests against England because of their respective injuries.

Rahul underwent surgery for appendicitis in early May after he complained of “severe abdomen pain” during the IPL. At the time, the doctors were understood to have told the Punjab Kings that Rahul would be able to resume all activity in a week’s time.

Saha, the other player who has to prove his fitness in time for the tour, tested positive for Covid-19 on May 4, the same day the IPL was postponed indefinitely. Saha, who was a part of the Sunrisers Hyderabad squad, is still in Delhi, where he returned the positive test. It is understood that he will have to undergo 14 days in isolation and be able to move out only after a negative test.

Of the players dropped from the squad that played against England at home earlier this year, Pandya did have a question mark over him since he has not bowled regularly for some time now, with Kohli saying he wanted to preserve Pandya the bowler for the Tests in England. He had a shoulder niggle during the IPL and didn’t bowl at all in the seven matches he played for the Mumbai Indians. He did, however, bowl a nine-over burst in the third and final ODI against England.

As for Kuldeep, while he has been a part of the India squad recently, he has not had many games. Of his seven Tests, he has played only one in the last two years – the second Test against England in February this year – in which he got to bowl just 12.2 overs overall, returning 0 for 16 and 2 for 25 as India won by 317 runs. He could have also been left out because the two spinners picked ahead of him – Axar Patel and Washington Sundar – provide better batting options and shorten India’s tail.

With Patel making a big splash on Test debut in the England series with a haul of 27 wickets from three games and India mostly preferring one or both of R Ashwin and Jadeja, depending on conditions, Kuldeep’s chances of making the cut took a hit.

Among the opening batters, India has the options of Mayank Agarwal and Rahul, who can also double up as middle-order batters should the need arise, apart from the first-choice pair of Rohit Sharma and Shubman Gill. Vihari returned after the hamstring injury he sustained in Sydney and is currently representing Warwickshire in the County Championship in England.

For fast-bowling options, the selectors included Shardul Thakur and Umesh Yadav ahead of Bhuvneshwar Kumar, who has been facing injury issues recently, apart from the more obvious names of Jasprit Bumrah, Ishant Sharma, Shami, and Mohammed Siraj.

Before the latest Covid-19 surge in India which led to the UK government putting India on the red list in April, the BCCI was looking at picking two separate squads with the first batch meant for the WTC final and the second leaving closer to the England tour. That had to change once the circumstances changed.

In April, the ECB had announced that the Indians would be arriving with an inflated squad and would play two intra-squad practice matches in July. Those two matches replaced the original warm-up schedule of four-day fixtures between the Indians and India A in July. The ECB, in agreement with BCCI, had postponed the India A tour because of the pandemic.