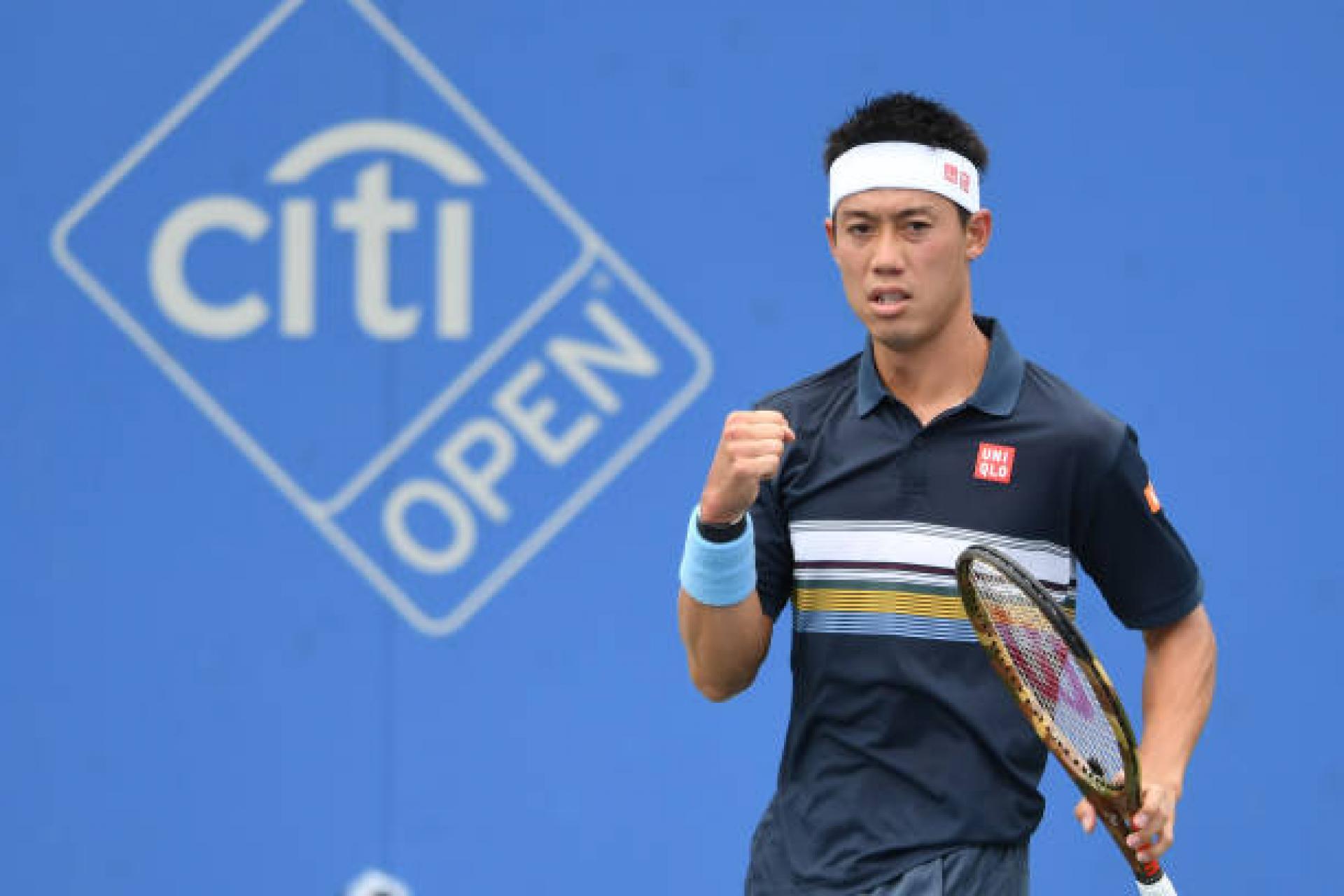 Japan’s Kei Nishikori, fighting off fatigue and disappointment after an Olympic quarterfinal loss, defeated American Sam Querrey 6-4, 6-3 on Monday to advance at the ATP Citi Open.

Nishikori, ranked 67th, broke in the ninth game and held again when 68th-ranked Querrey sent a backhand long to capture the first set in 40 minutes.

In the second set, Nishikori denied Querrey on five break points to hold for 3-3, then broke twice for the victory, a backhand return winner ending matters after 86 minutes.

“That was toughest moment,” Nishikori said of the sixth game. “If he had the game I think he had the whole set. But after that I was a little more free and I was playing better.

“I returned pretty good in those games and I’m very pleased how I played.”

Nishikori faces ninth seed Alexander Bublik of Kazakhstan in the second round. The winner could meet top seed Rafael Nadal in a quarterfinal.

Nishikori seized a 7-4 edge in the career rivalry with his sixth win in seven matches, a run that began with a 2014 Washington victory.

He rebounded by flying to Washington and won the first night match at the US Open hardcourt tuneup event.

“I was really tired after coming from Japan and wasn’t sure if I was ready,” Nishikori said. “But on the court I was fine, playing really good tennis.

“First match is never easy. I wasn’t expecting 100% but I hope I can keep going like this.”

“Playing him recently definitely helped me this time,” Brooksby said.

“At 1-4, I was just frustrated with myself. I made so many bad decisions in a row,” Brooksby said. “I got the first point and it turned around. I kept it going in the second set and I was proud of that.”

Brooksby went on to win in one hour and 50 minutes. He meets 16th seed and local hero Frances Tiafoe in a second-round match on Tuesday.

“It was an incredible experience, being there with all those great athletes,” he said. “I can’t even imagine how it would have been without all the restrictions.

“Being around greatness, the masters of what they do, it was incredible. It was inspirational. I really want to try to make it to Paris (in 2024).”

Italy’s Andreas Seppi battled back to defeat Japan’s Yasutaka Uchiyama 3-6, 7-5, 6-3. Seppi next meets Canadian second seed Felix Auger-Aliassime, whom he ousted in this year’s first round at Roland Garros.