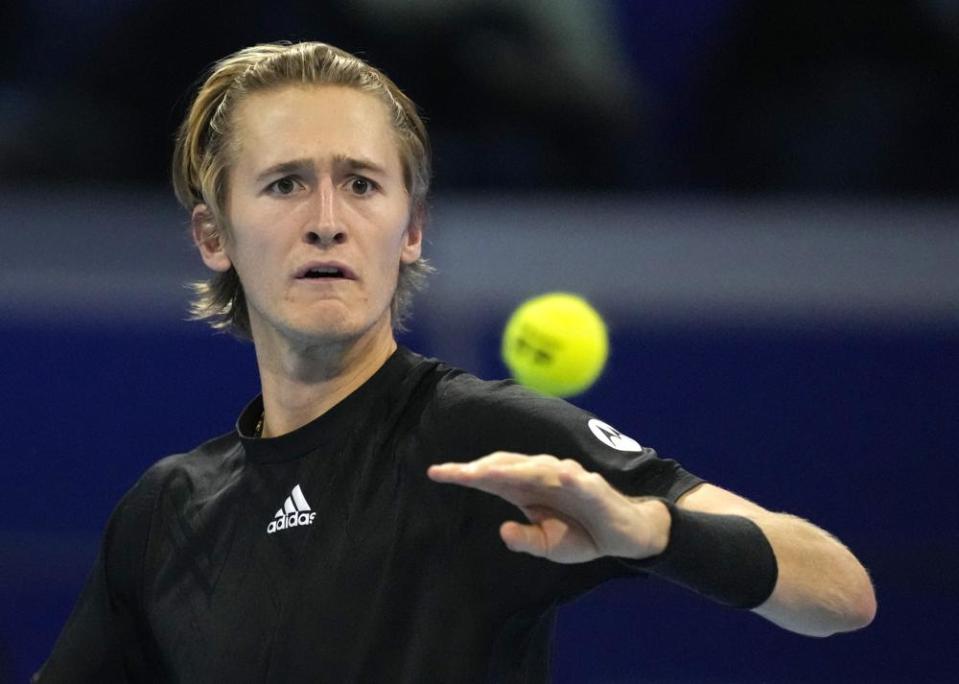 Milan: Sebastian Korda and Brandon Nakashima set up an all-American semifinal at the Next Gen ATP Finals by winning their last round-robin matches on Thursday.

Korda won his first career title on Italian soil in Parma in May, after which Nakashima reached back-to-back championship matches at Los Cabos, Mexico, and Atlanta to become the youngest American to play in multiple finals since Andy Roddick in 2001-02.

Also reaching the last four was Sebastian Baez of Argentina, who beat Hugo Gaston 4-3(2), 4-2, 4-2 to finish second in Group B behind Korda and set up a semifinal with Alcaraz.

The victory made the 18-year-old Alcaraz the youngest player to earn 30 tour-level wins in a season since Rafael Nadal went 30-17 in 2004 when he was 18. Alcaraz is also 30-17 entering the semifinals.

There are different rules at the Next Gen tournament, including on-court coaching, no-Ad scoring, medical timeout limits, and Hawk-Eye making all the line calls.

The most drastic change is the shorter first-to-four set, with a tiebreaker at 3-3.