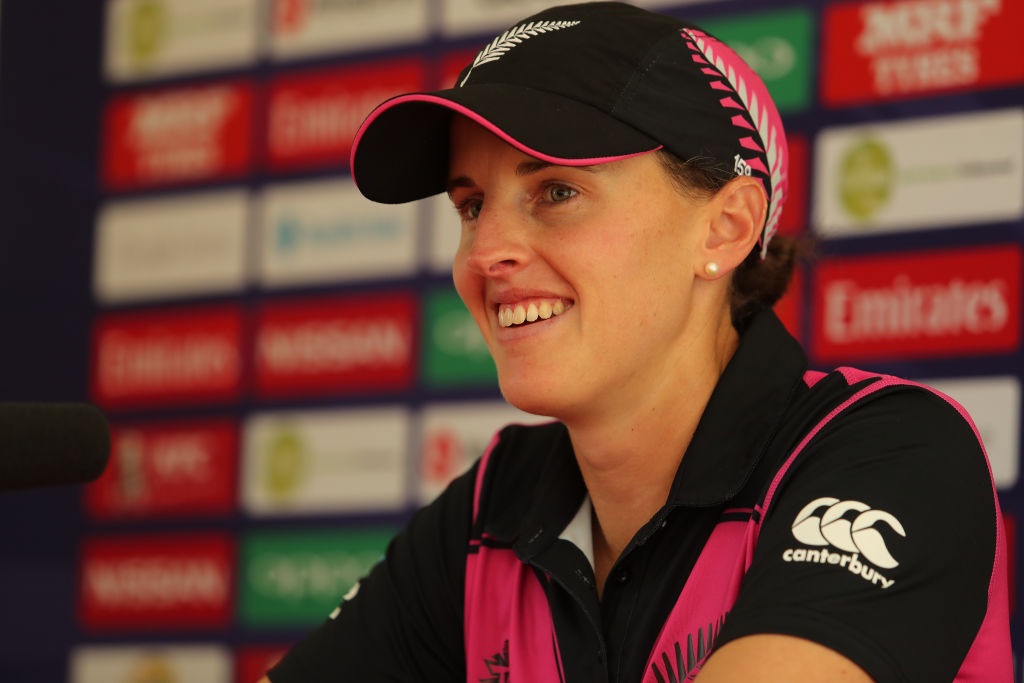 Amy Satterthwaite, the seventh most prolific batter in women’s one-day internationals, has called time on her representative career after New Zealand Cricket (NZC) decided not to award her a central contract.

One of the most respected players in world cricket. Sad to see it end at this point, but so much to celebrate and congratulate @AmySatterthwait for. Thank you for making the cricket community all the better for your involvement. You’ve contributed so much on and off the field! https://t.co/6IBNtV3oI2

“It is with a degree of sadness that I announce my retirement from international cricket,” the 35-year-old said in a news release on Thursday.

“It has been a tough few days after learning of NZC’s decision to head in a new direction and contract some younger cricketers.

“I am disappointed not to be receiving a contract and believe I still had more to offer, however I respect NZC’s decision and I wish the White Ferns all the best as they embark on an exciting winter of cricket…”

Satterthwaite also took 50 ODI and 26 T20 wickets with her right-arm medium pace and holds the New Zealand record for best bowling figures in the shortest format with 6-17 against England in 2007.

But it is with bat in hand that she will be best remembered, top scoring at the 2016 T20 World Cup and hitting four successive ODI centuries in 2016-2017 – a feat matched only by Sri Lankan great Kumar Sangakkara.

Satterthwaite, who took time out from the game in the 2019-20 season to have her daughter Grace with wife Lea Tahuhu, will continue to play domestic cricket.

“Amy will be remembered as one of our best cricketers,” said NZC’s Bryan Stronach.

“Her record is outstanding, and she can feel really proud about what she has achieved.

“Essentially, we’re looking to the future and want to give some younger cricketers a chance to develop their skills surrounded by our high performance systems.”