New Zealand vs Bangladesh: Visitors fight back with late wickets after Devon Conway’s ton on Day 1 of first Test 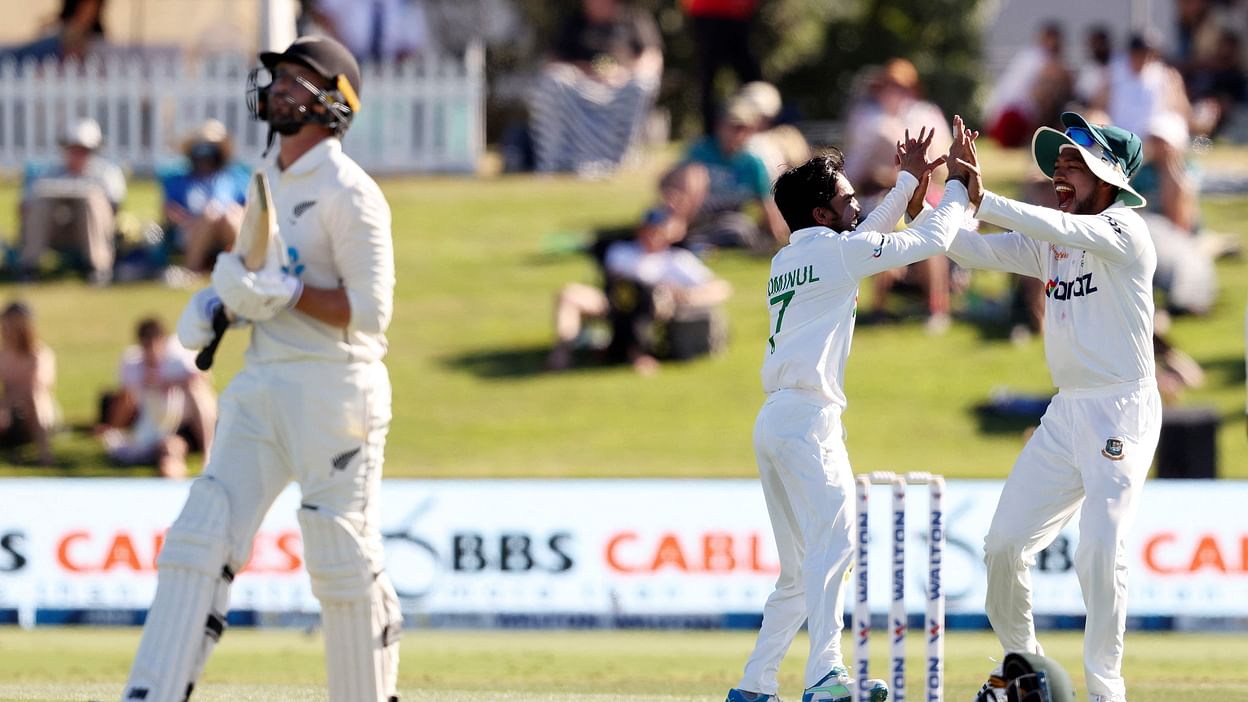 New Zealand batsman Devon Conway continued his phenomenal rise in Test cricket, scoring 122 as New Zealand finished day one of the first Test against Bangladesh in a strong position at Mount Maunganui on Saturday.

In only his fourth Test, and first since recovering from a broken hand, Conway lifted New Zealand from being one for one to close the day at 258 for five with Henry Nicholls on 32 and Tom Blundell out on the last ball for 11. It is the fourth time in seven Test innings that Conway has passed the 50 mark, it lifted his average to 71.57, but after setting New Zealand up for a big score he gave his wicket away to an innocuous Mominul Haque delivery.

Mominul only put himself on for three overs before the second new ball and claimed the prized scalp of Conway with a harmless delivery that was edged to wicketkeeper Liton Das.

Bangladesh started the day well, putting Zealand into bat and then claiming Tom Latham for one in the fourth over.

Conway weathered a fiery start by accurate quicks Taskin Ahmed and Shoriful Aslam who found swing through the air and off the pitch.

Shoriful had Latham caught behind for one in the fourth over and in his next over believed he had Conway who had yet to score.

The original decision was not out and when Bangladesh appealed the replays were inconclusive and it remained with the umpire’s call.

But after Conway and Will Young inched New Zealand to 15 off the first 13 overs, the ball began to wear, the pitch began to flatten under a scorching sun and the runs started to flow.

Conway brought up his 50 with a majestic pull shot that sent the ball high over the boundary fence and he followed with two fours off the same Mehidy Hasan over.

He posted his century in more restrained fashion with a single as he tapped a short Taskin delivery to fine leg, finely missing the two fielders placed for a legside catch.

Young was looking comfortable, and survived a delicate edge on 27 which Bangladesh did not pick up and did not appeal. But when he entered the fifties his composure began to wane and after seeing a mistimed hookshot fall in front of the boundary fielder, he called for a single that was never on and gifted the tourists a run out.

Taylor, who entered Bay Oval to a standing ovation at the start of his penultimate Test, batted confidently to 31 when he drove at a wide Shoriful delivery but would not keep the ball down with Shadman Island taking a sharp catch at short cover.

Shoriful was the most potent Bangladesh bowler with two for 53.