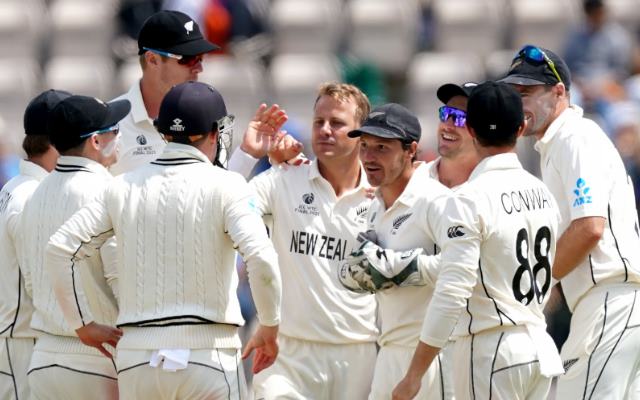 Bangladesh’s bowling attack that stifled New Zealand in the first test were unable to replicate that success to open the ongoing second Test on Sunday. Blackcaps batting coach Luke Ronchi laid out the lessons the team learned from the loss in the first test and how their batting strategy was to frustrate the Bangladeshi spin attack. Bangladesh were reeling from the jubilation of their landmark Test win over New Zealand in the first Test match. However, New Zealand have responded with a strong batting performance on Day 1 of the second Test match to put up 349 with the loss of just one wicket.

Captain Tom Latham has led from the front and scored 186 runs and will stay on the crease to open Day 2.

“A massive part of this was doing the basics well and right for a long period of time. We did it quite well at The Mount but then we sort of let ourselves down and brought Bangladesh back into the game. But today, we did it well for a whole day. The guys were amazing, and we also put more pressure on their spin bowling,” Luke Ronchi said after the day’s play.

“Last game, we let them bowl a bit too much and today there was an emphasis on putting them under pressure so we could bring back their quick bowlers, and that worked out nicely today. Hopefully, we can do more of the same tomorrow,” he added.

Captain Latham is joined by first-game centurion Devon Conway, who is one run away from notching consecutive 100-run performances in the test series. They are on a 201-run partnership that has taken control over the Bangladesh bowling order.

Bowlers like Ebadot Hossain and Mehidy Hasan have struggled to contain the top-order batters of New Zealand.

However, the team will be looking to rebound on Day 2 and orchestrate the same kind of game plan that led to an amazing Day 2 for Bangladesh in the first test.

The second Test could be seen live on Amazon Prime Video.