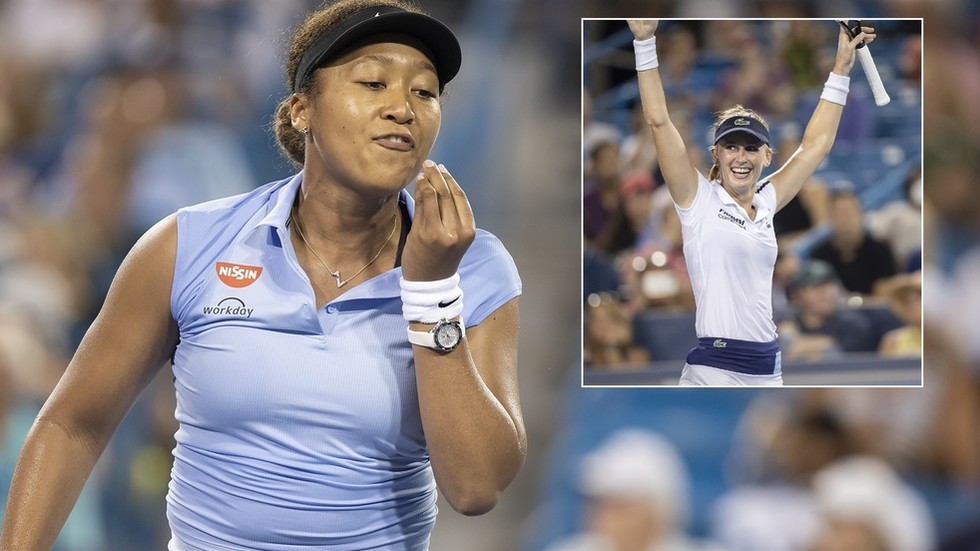 World number two Naomi Osaka suffered one of her worst losses this season on Thursday, falling to Jil Teichmann in a third-round match at the ATP and WTA Cincinnati Masters. The 76th-ranked Swiss took the biggest upset victory of her career, defeating four-time Grand Slam champion Osaka by 3-6, 6-3, 6-3 at the final major US Open tuneup tournament. Teichmann took just over two hours to defeat Osaka, breaking the Japanese star six times, three times in the final set, to reach the quarter-finals.

Osaka has had a rough ride since withdrawing during Roland Garros over emotional issues and skipping Wimbledon.

Her Tokyo Olympics ended in the third round and she is now due to head to the US Open, starting August 30, after only two hardcourt preparation matches.

Tournament officials got behind Osaka’s vow to donate all of her prize money this week to the earthquake relief effort in her father’s native Haiti. The Cincinnati event will match Osaka’s final donation figure with money of their own.

The Greek improved to 47-13, increasing his ATP season match-win lead.”He went for every single shot,” Tsitsipas said of Sonego. “He can do the damage.”

“I’m glad I overcame that obstacle,” he said. “I stayed in and waited for opportunities to present themselves.

“The first game of the second was a game-changer. From that part of the match onwards it all changed for me. A fighting spirit was very crucial today.”

The Russian world number two stretched his record against the Bulgarian to 3-1. Medvedev won the Cincinnati title in 2019 while Dimitrov took the trophy in 2017.

“What makes it tough, it’s two weeks in a row against the best players in the world,” Medvedev said. “I’m still young, healthy and feeling 100%, so that is why I want to try and do it.”

Medvedev had to deal with the draining heat and summer humidity during his 90-minute win. The 25-year-old from Moscow fired a modest seven aces and broke four times.

Third-seeded Olympic gold medalist Alexander Zverev got past Argentine Guido Pella with a comfortable 6-2, 6-3 result in 73 minutes while never facing a breakpoint.

Third-seeded Olympic gold medalist Alexander Zverev got past Argentine Guido Pella with a comfortable 6-2, 6-3 result in 73 minutes while never facing a breakpoint.

Women’s top seed Ashleigh Barty powered into the quarter-finals 6-0, 6-2 over Victoria Azarenka. The top seed from Australia, playing her first event since an opening-round Tokyo Olympic loss, needed 72 minutes to advance as she works to find hard-court form.

“I was able to look after my own service games pretty well,” Barty said. “Each and every game there were crucial points. I felt like I was able to win a lot of those big points today. Getting ahead early in games was really helpful.”

Barty improved to 13-1 over top-20 opponents this season and will next face off against fellow French Open champion Barbora Krejcikova, who beat Garbine Muguruza 6-1, 6-7 (5/7), 6-2.