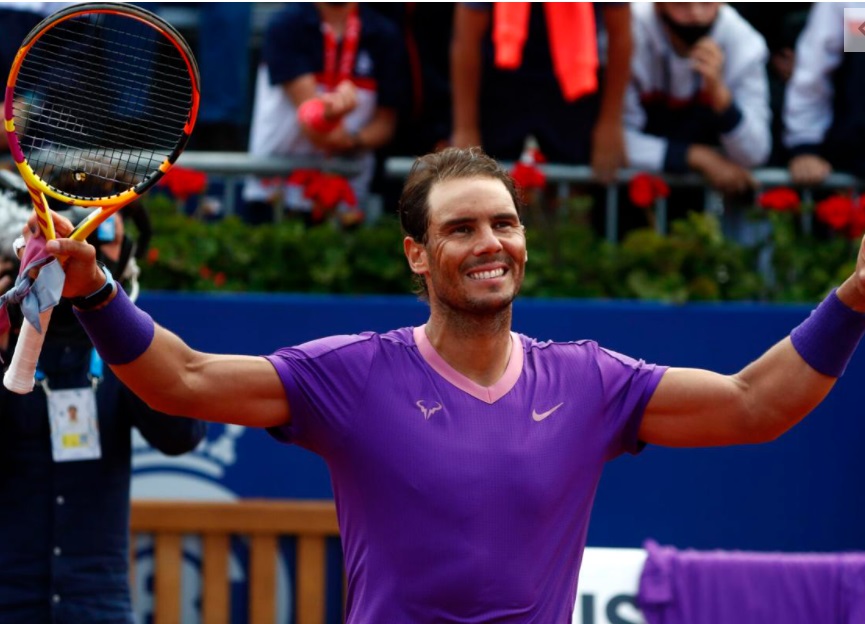 Nadal roared out to a 5-1 lead before Carreno pulled back a break. Carreno then had three break chances on Nadal’s next service game, but the latter saved them all and closed out the set.

Rafael Nadal will face a red-hot Stefanos Tsitsipas in the Barcelona Open final after the 11-time champion eased past fellow Spaniard Pablo Carreno 6-3, 6-2 on Saturday.

Nadal roared out to a 5-1 lead before Carreno pulled back a break. Carreno then had three break chances on Nadal’s next service game, but the latter saved them all and closed out the set.

Any thoughts of a Carreno comeback were snuffed out when Nadal broke his first service game of the second set in intimidating fashion. Carreno thought he smashed the ball well beyond Nadal’s reach, only for the 20-time Grand Slam winner to angle into position and blast the ball right back past him as Carreno lost his footing and tumbled to the clay.

The top-seeded Nadal improved to an 8-0 career record against the 13th-ranked Carreno.

The second-seeded Tsitsipas advanced after beating Jannik Sinner 6-3, 6-3 for his eighth consecutive straight-set victory including last week’s title run at Monte Carlo. The Greek’s 26 wins this season are matched only by Andrey Rublev on the men’s circuit.

Tsitsipas beat Nadal in their last meeting in the Australian Open quarterfinals in February, when Tsitsipas rallied from a two-set deficit over four hours.

Nadal will try to stop Tsitsipas’ winning streak on Sunday.

Overall, Nadal holds a 6-2 head-to-head record with Tsitsipas, including a victory in the 2018 Barcelona Open final.

“It feels great to be back (in the final). I will try to redeem myself from last time,” Tsitsipas said.

The 34-year-old Nadal has won all 11 finals he has reached in Barcelona. He dominated the tournament in his home country from 2005-09, 2011-13, and 2016-18. He lost in the 2019 semifinals to eventual champion Dominic Thiem. Last year the event was not held because of the coronavirus pandemic.