Mubadala World Tennis: When and where to watch Rafael Nadal vs Andy Murray? 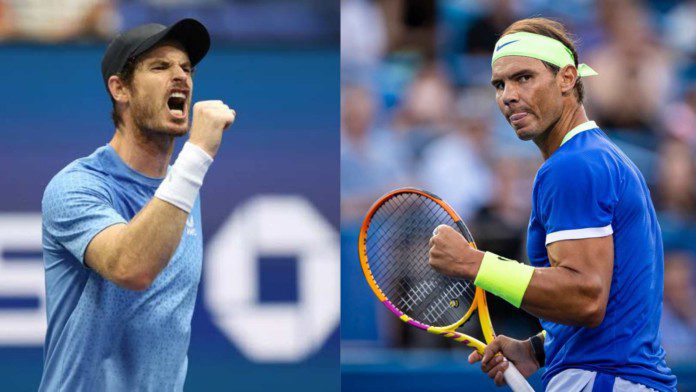 Rafael Nadal returns to competition in Abu Dhabi on Friday with his expectations low after a lengthy injury absence but hopes high of lining up in next month’s Australian Open.

The 20-time major champion has struggled with a foot injury for the past six months — forcing him to miss both Wimbledon and the US Open.

His first event in four months is the Mubadala World Tennis Championship exhibition where the Spaniard will face another former world number one Andy Murray on Friday.

Nadal is guaranteed to get two matches under his belt in the UAE capital, which will help him assess the progress he has made with regard to his foot.

“It’s not about pain. Pain I had a lot of times in my career, almost all the time. It’s more about having the chance to have a pain that I can manage to compete well,” Nadal told reporters in Abu Dhabi on Thursday.

“Let’s see, I need to try it in competition.

“I know the comeback will not be easy, I don’t have big expectations now.

“But the early expectation is to be here, to play in front of a great crowd again, to feel myself competing again against great players and then enjoy.

“I really hope that the foot is going to get better and better to be again at the way and the level I want to be.”

Nadal explained that it has been a “tough period” for him but he is no stranger to injuries and lengthy breaks from competition and insists he still has the fire to achieve more in the sport.

With the 2022 Australian Open just over four weeks away, Nadal is keen to test his foot in Abu Dhabi and work towards making the trip Down Under in healthy conditions.

“You never know honestly,” he says when asked about his expectations for Melbourne.

“In sport, my experience says that things change very quick. What today seems impossible or almost impossible, nobody knows what can happen in one month.

Nadal has been practising hard back home in Mallorca and has made a new addition to his coaching staff in the form of his good friend Marc Lopez, who won 2016 Olympic gold with him in doubles in Rio.

“I have been doing a great job at home, practising well with the right attitude, intensity, working a lot on my fitness, so if I’m able to do all these kind of things because the foot allows me, you never know what’s going on,” said the 35-year-old.

“I know it’s going to be super difficult for me.

“If things are going well, I’m going to be playing only one tournament before Australia and these two matches here, so the amount of hours on court at the competitive level before such a tough and demanding tournament like Australia will be not much.

“But the main thing is still always the same, to be healthy. If I’m healthy, I still have the interior fire to keep going and to fight for my goals.”

Who all are competing in the Mubadala World Tennis Championship?

What is the schedule for the Mubadala World Tennis Championship?