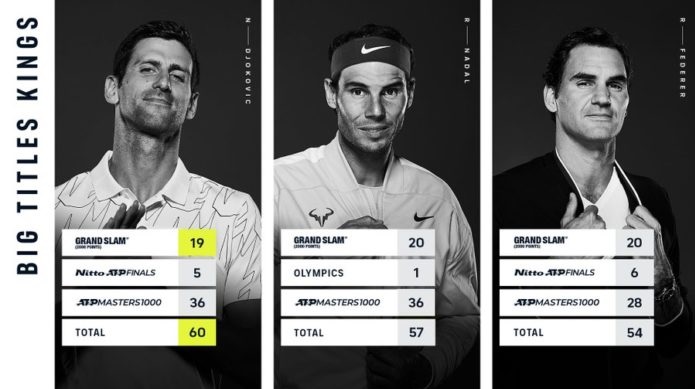 Most Grand Slam Record: In what comes as a rise to top-flight tennis, Novak Djokovic, who is considered one of the big three, has reduced his gap from Rafael Nadal and Roger Federer. With the French Open 2021 title, Djokovic has now won 19 grand slam titles. He is only one title behind ‘King of Clay’ Rafael Nadal and Swiss Tennis Maestro Roger Federer. The duo have won 20 grand slams each.

In the ongoing French Open, Nadal lost to Djokovic in the semifinals while Rafael Nadal bowed out of the Paris showpiece event mid-way to prepare for the grass-court season and avoid rush after injury.

Most Grand Slam Record: Djokovic, who won the French open 2021, has also become the first man on the planet after 52 years to win all grand slams twice. Victory for the Serb will took him alongside Roy Emerson and Rod Laver as the only men to capture the four majors more than once.

All three players hold a dominant run in one of the grand slams. While Djokovic holds an edge over the Australian Open, Nadal and Federer are ahead in the game when it comes to French Open and Wimbledon respectively. Djokovic can now go on to reduce his deficit by winning the Wimbledon later this month. The tournament is slated to begin on June 28. Djokovic has won the tournament five times while Federer leads with 8 titles.