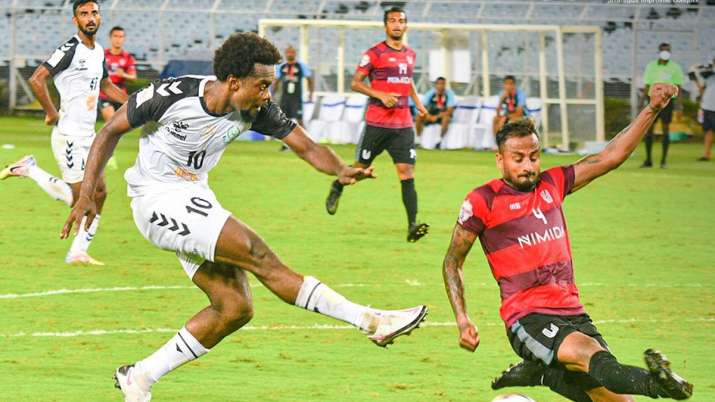 Mohammedan Sporting reclaimed the prestigious Calcutta Football League’s premier division-A crown after 40 years beating Railway FC by a solitary goal at the Salt Lake Stadium on Thursday. Sporting, which won the league title last in 1981, regained the honour thanks to a goal in the third minute of the action by Trinidad and Tobago forward Marcus Joseph.

Mohammedan Sporting gained from the absence of the city giants Mohun Bagan and East Bengal, who stayed out of the 123-year-old League citing different reasons. Considered the third force in the city football hierarchy, Sporting became the automatic favourite and justified the faith of its supporters by beating a resolute Railways side by the narrowest margin possible. The win brought back memories of its last win in the presence of some of its former players, who were invited by the club to witness the remaking of history. This was the 12th Calcutta Football League title for Mohammedan Sporting.