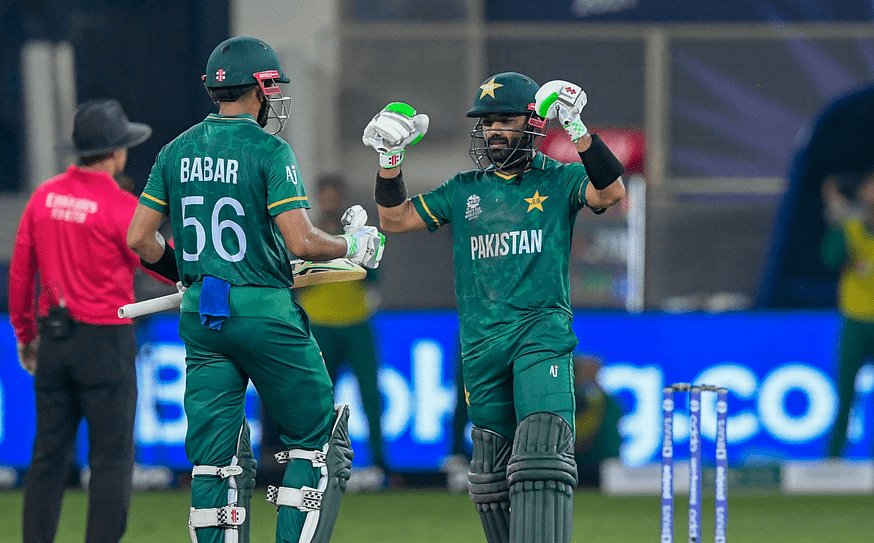 Pakistan opener Mohammad Rizwan became the first batter ever to record 2000 T20 runs in a calendar during the third T20I against West Indies in Karachi on Thursday.

Chasing a mammoth target of 208, Rizwan crossed the mark with a four in the 11th over, in what is most likely his final T20 match of 2021.

The wicketkeeper-batter’s stellar year at the top of the order has seen him rack up a hundred and record 18 T20 half-centuries with an average over 55 and strike rate touching 130 in 45 innings.

Earlier in October, Rizwan became the first batter to cross 1000 T20I runs in a calendar year during the T20 World Cup 2021 semifinal against Australia.

Rizwan went past the record for most runs in a calendar year in all T20s during the tournament, surpassing Chris Gayle’s tally of 1665 runs.

Rizwan’s opening partner and Pakistan skipper Babar Azam is second on the list of most T20 runs in a year, achieving the same this year with 1700+ to his tally so far.