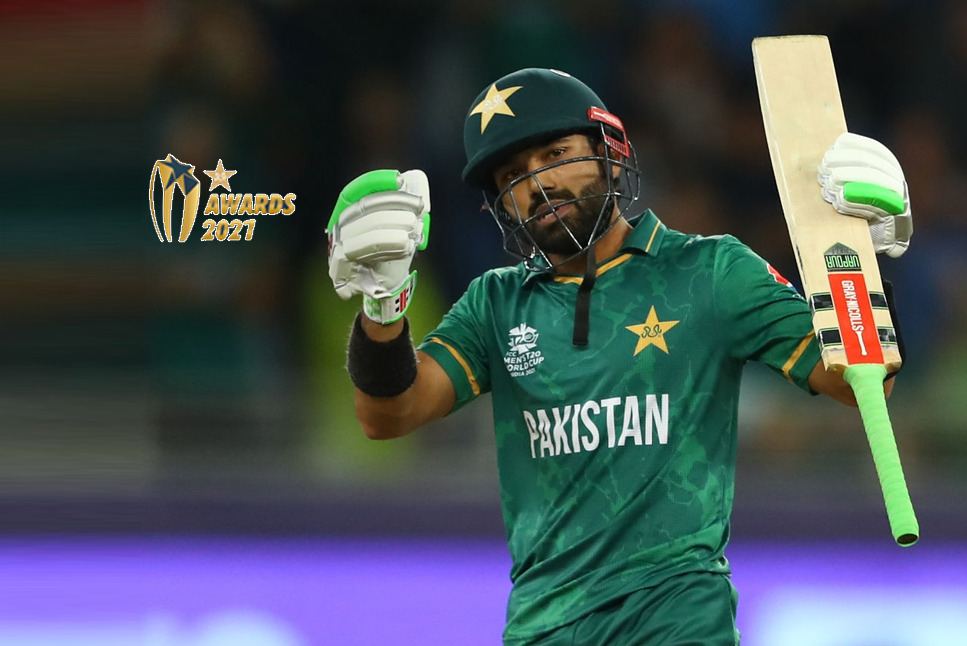 Mohammad Rizwan on Thursday won the Pakistan Cricket Board’s (PCB) Most Valuable Cricketer of the Year award following a stellar 2021 in which he scored 455 Test, 134 ODI, and 1,326 T20I runs, besides accounting for 56 batters behind the wickets across all formats. For the Most Valuable Cricketer of the Year award by PCB, Rizwan beat the challenge of Babar Azam, Hasan Ali, and Shaheen Shah Afridi, who also had an impressive and outstanding year, which is reflected through Pakistan’s overall performance in 2021.

“I feel humbled and honoured to have been adjudged Pakistan’s Most Valuable Cricketer of 2021. This is the PCB’s most prestigious award and to be recognised for my contributions in the team’s superlative performances across all formats in 2021 in such a way gives me tremendous satisfaction and happiness,” said Rizwan in a PCB release.

“I thought I had an exceptional year in the shortest format of the game when I was able to hit a century early in the year against South Africa and then carry that confidence and momentum for the rest of the year.

“I give a lot of credit to our bowlers who bowled their hearts out and didn’t let the pressure get onto the batters by maintaining sustained pressure on the opponents throughout the year,” he added.

Pakistan all-format captain Babar Azam bagged the PCB’s ODI Cricketer of the Year award for accumulating 405 runs in six ODIs with two centuries and a half-century.

Hasan Ali won the PCB’s Test Cricketer of the Year for his 41 wickets in nine Tests, including a 10-for and five, five-fors as well as two player of the match and one player of the series awards.

“Test cricket is the pinnacle format of the game and to be adjudged as the Test Cricketer of the Year is a proud moment for me. Last year was sort of a comeback year for me after I had missed international cricket in 2020 due to an injury,” said Hasan Ali.

“I was not only able to make a successful return to international cricket but also played my part in the team’s overall success in 2021,” he added.

Shaheen Shah Afridi’s three for 31 against India on October 24 in Dubai in the ICC Men’s T20 World Cup 2021 won him the Impactful Performance of the Year award by PCB.

“I am extremely happy that my performance against our traditional rivals in a global event has been chosen as the Impactful Performance of the Year,” said Shaheen.

“For the ICC Men’s T20 World Cup, the team wanted an aggressive, fearless and convincing start to set the tone for the rest of the event and I am delighted that I was able to provide exactly that,” he added.

For the second successive year, PCB’s elite match officials voted Asif Yaqoob as the Umpire of the Year.