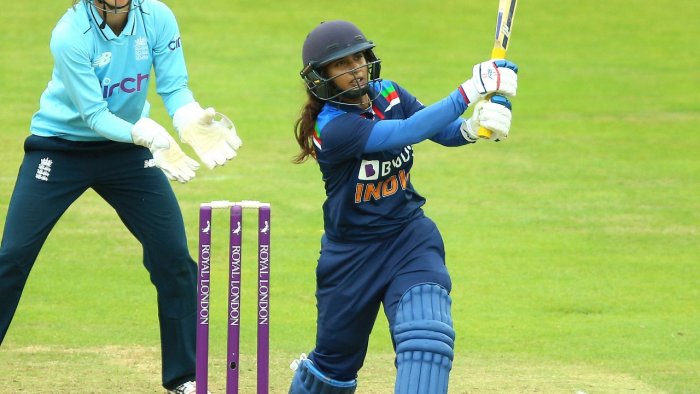 Dubai: India captain Mithali Raj on Tuesday lost her top spot in the ICC Women’s ODI Rankings for batters as she slid to the third place while veteran pacer Jhulan Goswami climbed two places to second in the bowlers’ list.

The 38-year-old Raj, who scored just 87 runs at an average of 29 in the just-concluded three-match series against Australia, now has 738 points in her kitty.

Australia’s Lizelle Lee (761) grabbed the top spot after gaining one place while her compatriot Alyssa Healy, who scored 112 runs in the three-match series against India, is at second spot with 750 points. Another Indian, Smriti Mandhana climbed one place to be at number six with 710 points.

The 38-year-old Goswami’s stellar show during ODI series against Australia also took her to second spot.
Goswami took four wickets in the series which India lost 1-2, including the three-wicket haul for 37 runs in the final match which India won to break Australia’s astonishing winning streak of 26 ODIs.

Goswami also gained three places to be at 10th spot among all-rounders with 251 points.

Australia’s Jess Jonassen continued to lead the bowling chart with 760 points as against 727 of Goswami.

Another Australian Meghan Schutt occupies third spot with 717 points after losing one place.

Others making waves in the bowler’s rankings were the England duo of Anya Shrubsole and Kate Cross, both of whom jumped into the top ten, occupying the 9th and 10th spots respectively. Shrubsole gained four places after picking three wickets in the final two ODIs against New Zealand, while Cross’ spell of 3/44 in the fifth ODI helped her move up five slots.

The spotlight among the batters was on Beth Mooney. She rocketed up eight places to break into the top ten, sitting at No. 8, just below compatriot Meg Lanning by nine rating points.

Mooney’s marvellous performance against India included a stunning century as well as a half-century as she amassed 177 runs at a strike rate of 89.84.

India’s Deepti Sharma dropped one place to be at fifth.

Mumbai vs Punjab, 42nd Match – Live Cricket Score
On This Day in 1984: India Hosts Their First Ever Cricket Match Under Floodlights