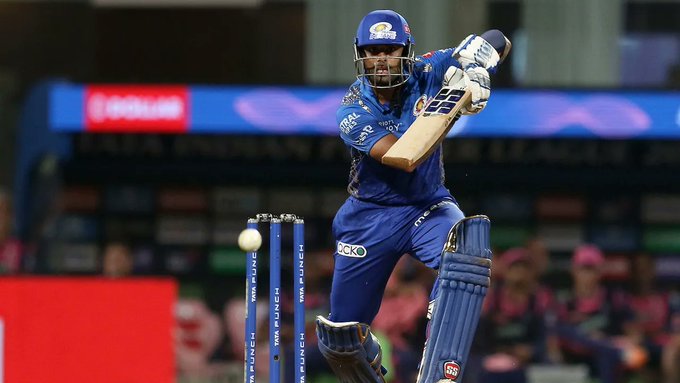 Mumbai Indians have suffered a blow with Suryakumar Yadav getting ruled out of IPL 2022. The right-handed batter sustained a muscle strain on the left fore arm and has been advised to take rest.

“Suryakumar Yadav has sustained a muscle strain on the left fore arm, and has been ruled out for the season. He has been advised rest, in consultation with the BCCI medical team,” MI said in a statement.

SKY has had a decent run in the on-going edition of the cash-rich league despite the side’s disappointing run. He has amassed a total of 303 runs in 8 matches at a healthy average of over 43.

MI though are out of the playoffs race after suffering 8 losses in 10 matches. They will now take on Kolkata Knight Riders at DY Patil Stadium in Mumbai on Monday.

The Rohit Sharma-led side had a decent run in their last encounter against Gujarat Titans after they defeated the newly included franchise by 5 runs. MI had put 177/6 in 20 overs, courtesy some valuable contributions made by Ishan Kishan and Sharma and a late surge from Tim David.

Later, Titans too got off to a good start after openers Wriddhiman Saha and Shubman Gill stitched a 100-run stand for the first wicket but the side lost the way in the middle and got restricted to 172/5 eventually.

The Indian team management would be wanting SKY to get fit as soon as possible, considering the five-match T20I series against South Africa lined up after the IPL with the first clash slated to take place in Delhi on 9 June, 2022.