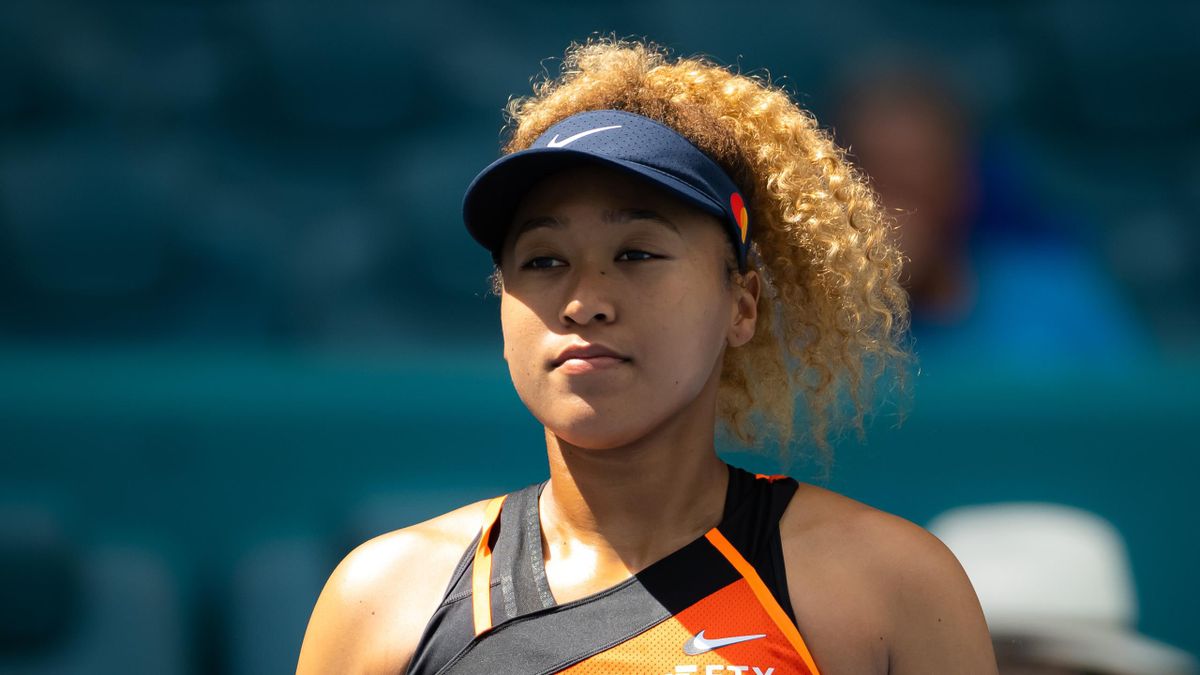 Miami: Naomi Osaka’s impressive return to form continued on Thursday after she took just an hour to dispatch 13th-seeded German Angelique Kerber in straight sets and head into the third round of the Miami Open.

After being heckled by a fan, the Japanese star, who left Indian Wells in tears earlier this month , looked in great shape as Kerber was beaten 6-2 6-3 at Hard Rock Stadium.

“She’s the highest-seeded player I have beaten this season and I am really happy, ” a delighted Osaka said afterward.

“I came into the match wanting to dictate  and hopefully as I keep playing I will keep getting better.”

Osaka, 24, now faces Karolina Muchova for a place in round four.

Muchova advanced on Thursday with a straight-sets defeat of 2021 US Open finalist Leylah Fernandez.

But Osaka looks to be getting back to the form which saw her win four Grand Slams, much to the delight of her mother Tamaki who was in the stands here.

“It means a lot,” said Osaka of her mother’s attendance.

“I think the crowd here is very warm, and I also see Haitian flags sometimes, so I’m grateful for that.

“I have told a lot of people, like growing up, my mom wasn’t there because always had to work, because tennis isn’t a cheap sport, you know.

“So just to be able to get to this point in my career and for her to just kind of be watching over me, and I’m sure like to have a kid and to have this dream that your kid is going to be a Grand Slam winner is not a lot of parents can say that they have achieved that.

“So just to have her be there and just to be having fun … it means a lot to me.”

Alize Cornet was another seeded player to exit early, the French 31st seed bowing out to Alison Riske of the United States 6-2, 6-2.

But there were no such problems for ninth-seeded American Danielle Collins, who battled past Hungary’s Anna Bondar 6-3, 3-6, 6-4.

Andy Murray opened his Miami Open campaign with a straight-sets win over Argentina’s Federico Delbonis to set up an intriguing second-round encounter with Daniil Medvedev.

Murray, the three-time Grand Slam champion, may never return to the glorious highs of winning Wimbledon and the US Open but with his metal hip and granite resolve, the 34-year-old still loves competing.

The veteran Scot was snarling and fist-pumping just like in his heyday as he eventually eased to a 7-6 (7/4), 6-1 triumph.

Next up is world number two Medvedev who will once again test the British player’s ability to string wins together since making a return to the tour after a second hip operation.

He has failed to back up first round wins in his last five tournaments and his clash with Medvedev will be the first time in five years he has come up against a top two player.

Murray, however, is just happy to still be in the mix at the biggest tournaments.

“This was a big one for me,” he said afterwards during an on-court interview.

“I am really happy to get through. The first set was very tight but I did well in the end.

“This is my first time playing here in this stadium. I used to have a place in Miami but maybe I will have to buy another one.”

A brilliant forehand winner sealed the match in just over one and a half hours at Hard Rock Stadium with Murray, a two-time Miami Open champion, moving well while unleashing his usual array of attacking shots.

Medvedev will provide a far sterner test but Murray, who hopes to have former coach Ivan Lendl in his corner this weekend after the pair trained together this week in nearby Boca Raton, added: “I am looking forward to taking him on. He’s a smart, intelligent player but let’s see how I get on. He’s a smart dude.”