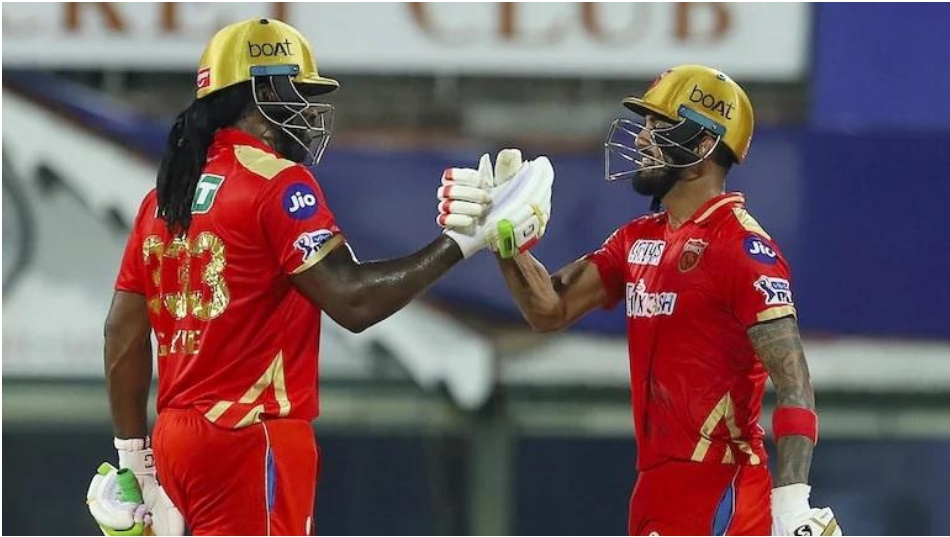 Punjab Kings (PBKS) defeated defending champions Mumbai Indians (MI) by 9 wickets to end their three-match losing streak in the IPL 2021. After winning the toss and opting to field first, Punjab did nothing wrong in the match as Mumbai lost their second consecutive match on the trot. Overall, the 5-time champions have now lost three out of their 5 matches this season.

With another low target to defend, Trent Boult gave away one run in his first over but Krunal Pandya could not pull off a Deepak Hooda in the 2nd over. KL Rahul scored two back-to-back boundaries before Mayank Agarwal cleared extra cover for a six on the last ball.

The Karnataka stars playing for Punjab got in the groove early and targeted Boult and Jasprit Bumrah also with some exquisite cricketing shots.

Rahul Chahar gave away 3 runs in his first over. Returning for his 2nd spell in the 8th over, the 21-year-old gave Mumbai their first breakthrough and broke the 53-run opening stand by dismissing Agarwal for 25. Jayant Yadav followed it with a one-run over and a bowling partnership between the two started suddenly. Chahar (1/19) completed his 4-over quota with the end of 12th over. Jayant, who gave two runs in his first two overs, continued his spell.

Chris Gayle scored boundaries on the third and fourth delivery to break the monotony and modify Jayant’s bowling figure. KL Rahul slammed a six off Kieron Pollard in the next over and Gayle compliments him by smashing one-off Jayant in the 15th over.

17 runs were needed off the last 18 balls when Gayle welcomed left-arm pacer Trent Boult with a gigantic six. KL Rahul, who completed his 50-ball fifty in the 16th over, finished the match with a six and four. With 14 balls remaining, KL Rahul and Chris Gayle remained unbeaten on 60 (52) and 43 (35) respectively.

Earlier, after winning the toss and electing to bowl first, Punjab Kings removed Quinton de Kock (3) in the 2nd over. All-rounder Deepak Hooda dismissed the southpaw before bowling another neat over alongside Moises Henriques.

Hooda, Henriques, and Mohammed Shami bowled on pinpoint lengths and gave away just 21 in the Powerplay overs.

Leg-spinner Ravi Bishnoi, bowling in his first over of the season, hunted a struggling Ishan Kishan (6 off 17) on the last ball of the 7th over. Suryakumar Yadav joined Rohit Sharma as Mumbai crawled to 49 at the halfway mark.

Rohit and Suryakumar, the most successful Mumbai batsmen this season, brought in all their experience to partner for 79 runs off 56 deliveries. They were ultra watchful in the beginning before cutting loose towards the end. Rohit Sharma brought in his 40th IPL fifty off 40 balls after slamming a boundary off Bishnoi.

Suryakumar Yadav (33) hit his third and final boundary to bring up Mumbai’s hundred before 20-year-old Bishnoi struck again on the first ball of the 17th over. Rohit Sharma, trying to accelerate, was beautifully caught by Fabian Allen while trying to clear the square leg boundary.

Kieron Pollard who walked in ahead of Hardik Pandya (1) and Krunal Pandya (3) remained unbeaten for 16 off 12 as Mumbai again failed to score in excess of 150.