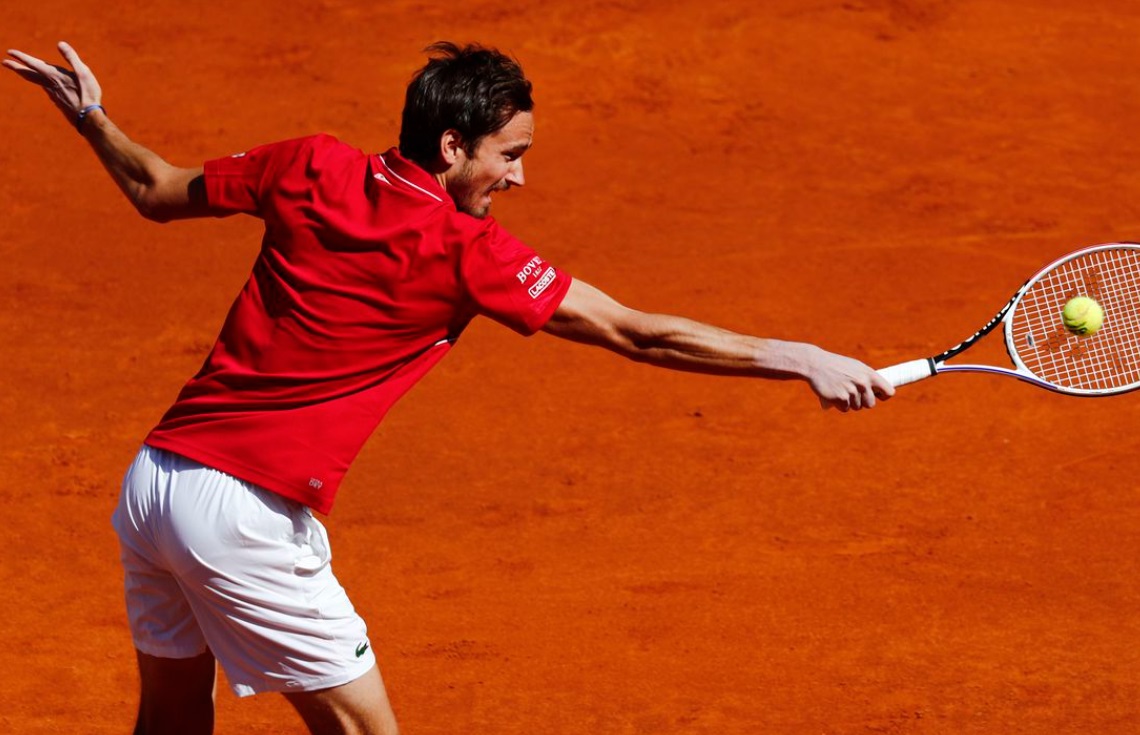 World number three Daniil Medvedev’s love-hate relationship with claycourts continued on Wednesday as he took out his frustration on the court before overcoming Spain’s Alejandro Davidovich Fokina for his first career win at the Madrid Open.

Medvedev, who has received an opening-round bye in Madrid, said last month clay was his least preferred surface and once again made his feelings clear during the second-round match.

“I don’t want to play here on this surface!” exclaimed Medvedev at a change of ends.

Medvedev, however, recovered from a mid-match blip to defeat Davidovich Fokina 4-6, 6-4, 6-2 in little over two hours.

It was all love for the Russian at the end of the day, who signed off with “Love clay :)” on the TV camera following his first win on the surface since April 2019.

Medvedev has a slim chance to rise to the top of the world rankings this month if he captures the Madrid title, reaches at least the semifinals in Rome and other results go his way.

But the 25-year-old still has winless records at both Rome and the French Open, which begins in Paris on May 30.