Mbappe transfer saga: what lies ahead 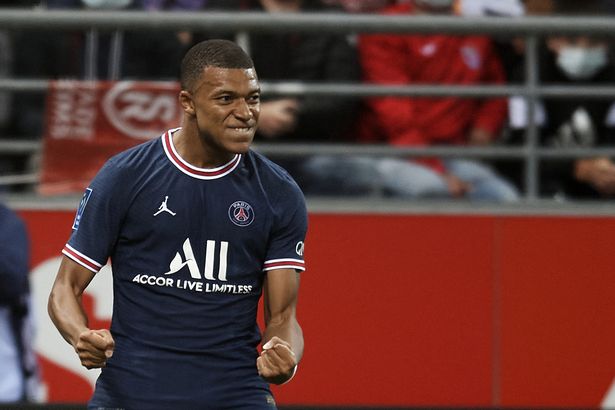 Kylian Mbappe has come a long way from being a shy youngster in Monaco to establishing his place as a world-class football player.

With his contract with Paris Saint-Germain (PSG) coming to an end at the end of the season, Mbappe becomes a free agent, which effectively means that PSG will lose him for free should the Frenchman decide not to renew his contract.

What lies ahead for Kylian Mbappe?

Real Madrid has publicly courted Mbappe, with the club’s President Fiorentino Perez confirming that he raised his offer for the forward to a gargantuan 200 Million Euros last summer, but PSG turned it down.

Madrid’s love for Mbappe, however, is not unrequited. He has not shied away from expressing his childhood dream of donning the royal white of the Los Blancos but has always maintained the decency of being respectful towards his current club.

This season, Mbappe has 33 goals and 22 assists in 42 matches. He currently leads the Ligue 1 scoring charts with 22 goals.

Roots of the generational talent

Mbappe was born on December 20, 1998, in Paris and raised in Bondy, a working-class suburb of the city. His father Wilfried, who is also his agent, was a coach at the local non-league club AS Bondy and his mother, Fayza Lamari, was a professional handball player.

Mbappe began his career at AS Bondy where he was coached by his father. Antonio Riccardi, one of his youth coaches at the club said in an interview, “The first time I coached him was when he was six years old. You could tell he was different. Kylian could do much more than the other children.

“His dribbling was already fantastic and he was much faster than the others. He was the best player I’ve ever seen in 15 years of coaching here. In Paris, there are many talents but I’d never seen a talent like him. He was what we call a ‘crack’ (the best).”

From there, Mbappe moved to the Clairefontaine academy, where his impressive performances attracted the interest of European heavyweights such as Real Madrid, Chelsea, Liverpool, Manchester City and Bayern Munich.

Mbappe was invited by his dream club Real Madrid at the age of 11 to train with the Under-12s and at 14, he went to London with his father to play for Chelsea’s youth team against Charlton Athletic.

Despite interest from European giants, in October 2015, then Monaco manager Leonardo Jardim signed Mbappe. Initially signed to be a mainstay of Monaco’s B team, Mbappe’s promotion to the first team was lightning fast, given his exceptional talent. After just three weeks, Mbappe found himself training with the first team.

2016-17 season: Announcing himself to the world

Playing for AS Monaco, became the second-youngest French scorer in the history of UEFA Champions League behind Karim Benzema. (File Photo)   –  REUTERS

A season of firsts: That season he scored his first career hat-trick against Rennes and league hat-trick against Metz, which made him the youngest player (18 years 2 months) to score one since 17-year-old Jeremy Ménez did it for Sochaux back in 2005.

On February 21, Mbappe scored Monaco’s second goal in its 5-3 loss against Manchester City in the UEFA Champions League Round of 16. He became the second-youngest French scorer in the competition’s history behind Karim Benzema.

Paris Saint-Germain and the rise to stardom

After Mbappe played a major role in Monaco ousting PSG to the league title in the 2016-17 season, the cash-rich Paris club went after its biggest threat.

At the time, PSG faced competition from Real Madrid, but after Unai Emery personally went to Mbappe’s house and guaranteed regular football, something Zinedine Zidane was not keen on doing. Mbappe agreed to join PSG on loan and the club announced it on August 31, 2017.

PSG scout Luis Ferrer told Le Parisien, “I remember how strong Unai was, how good! He gave his word to Kylian that he would play with him. And he kept his promise. Kylian wasn’t quite ready for a Champions League game but Unai had committed, so he played him anyway.

“One night I got back to Paris at 10:30 p.m. When I arrived, I called Antero [Henrique, PSG sporting director] to give him an update and he was surprised that I hadn’t stayed in the south. The next day, at six o’clock, I took the first flight. Two hours later I rang the doorbell of the Mbappes with croissants.”

In Mbappe’s debut season for PSG, he scored 21 goals and bagged 15 assists in all competitions. Mbappe found the net on his debut for PSG against Metz on September 8 and four days later, he scored on his Champions League debut for PSG in a 5-0 drubbing of Scottish club Celtic.

On December 6, he entered the history books by becoming the youngest player (18 years 11 months) to score 10 Champions League goals after scoring in a 3-1 defeat to Bayern Munich. He won the league title with PSG in his debut season itself.

For the next three consecutive seasons, Mbappe’s career only took an upward trajectory where he finished as the top scorer in the league for PSG. On December 12, 2021, life came full circle as Mbappe scored twice against Monaco to reach 100 league goals for PSG.

At 22 years and 357 days old, he became the youngest player to score a century of goals for a single team in the French top-flight since Opta began recording data in the 1950–51 season.

Excelling with the national team

At 23, Mbappe has already reached the pinnacle of international football by winning the World Cup with France in 2018.

Like his club career, where the Frenchman has normalised breaking records, the 2018 World Cup was no different. He scored his first World Cup goal for France on June 21, 2018, against Peru, becoming the youngest French scorer in World Cup history at the age of 19. He scored twice in France’s 4-3 win against Argentina and became only the second teenager after Pele to score twice in a World Cup match.

In the final against Croatia on July 15, Mbappe scored with a 25-yard strike to again join the elite company of Pele as only the second teenager to score in a World Cup final. With four goals in the tournament, Mbappe received the FIFA World Cup Best Young Player Award.

Mbappe has won his fifth league title with PSG and already etched his name in the club’s history by becoming its second-highest goalscorer with 165 goals.

However, he has not denied the prospect of moving from the club. While the chaotic world of football transfers has linked him to various clubs such as Liverpool and Manchester United, it is no secret that Real Madrid takes the cake of being the French international’s dream destination.

“The state-owned clubs don’t sell their players. It’s madness. Now we offer €200 million for a single player and they don’t sell him. When players finish their contract, it’s better,” said the Madrid president.

Reports are also coming in that France President Emmanuel Macron has taken a personal interest in urging Mbappe to stay at PSG. Apart from Macron, former leader of France Nicolas Sarkozy has also contacted the player in a bid to persuade him to signing a new contract with PSG, according to reports.

Apart from political intervention, one must consider the PR aspect of Mbappe leaving PSG in the summer. With the Qatar World Cup 2022 on the horizon, a player of Mbappe’s stature leaving the club on a free transfer would be a massive blow to the Qatar-based owners of PSG.

Mbappe remains tight-lipped on the situation. While he has not denied a move to Real Madrid in the summer, he insists that he is still a PSG player and his sole focus is to help the club to the best of his abilities till the end of the season.

With reports of Real Madrid’s interest in Erling Haaland also surfacing, it is difficult to predict the future, given the whimsical nature of the transfer market. Various reports also link Mbappe moving to Liverpool on a free transfer in the summer as a replacement for Mohamed Salah, who is yet to commit his future to the Merseyside club.

If Mbappe decides to leave on a free transfer, the Los Blancos lead the race to secure the player’s signature.