Matthew Wade on T20I series defeat vs Bangladesh: Not good enough from an Australian cricket team 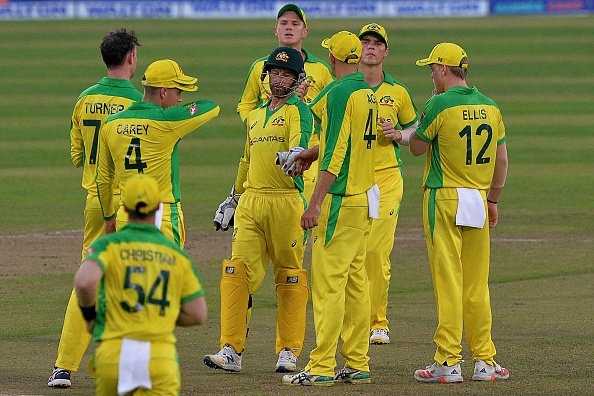 Australia stand-in captain Matthew Wade called his side’s humiliating 4-1 T20I series defeat against Bangladesh “not good enough for an Australian cricket team. Notably, a slew of Australia’s first-choice players elected to skip the tours and regular captain Aaron Finch was ruled out of Bangladesh with a knee injury.

Australia was bowled out for their lowest ever T20I score of 62 runs in the final match for a 4-1 defeat in the series after restricting Bangladesh to 122-8 at the Sher-e-Bangla National Stadium.

“There’s not a lot of positives to take out of it, to get beaten in the fashion we did … was not good enough from an Australian cricket team regardless of the personnel we’ve got here,” Wade told reporters.

“The reality is we need to get better at spin, myself included. There’s a lot of players in this team who need to find a way to score runs in these conditions.”

Australia had never lost to Bangladesh in a T20I match before coming to this tour. The series loss follows Australia’s 4-1 defeat in T20s to West Indies last month.

Wade, who top-scored for Australia with 22 on Monday, said he did not blame the team’s younger players.

“Myself, Moises (Henriques), Dan Christian, we are all experienced players and we needed to do better,” he said.

“Those (younger) guys got the opportunity to experience these conditions and if they take it as a learning opportunity to become better players, as we all should, then at least we’ve learned something.

“I’ve played a lot of cricket and they are certainly the most challenging T20 international pitches I’ve ever played on.

“What they’ve seen out here will be very valuable going forward but it’s on the senior batting group, we needed to get more runs.”