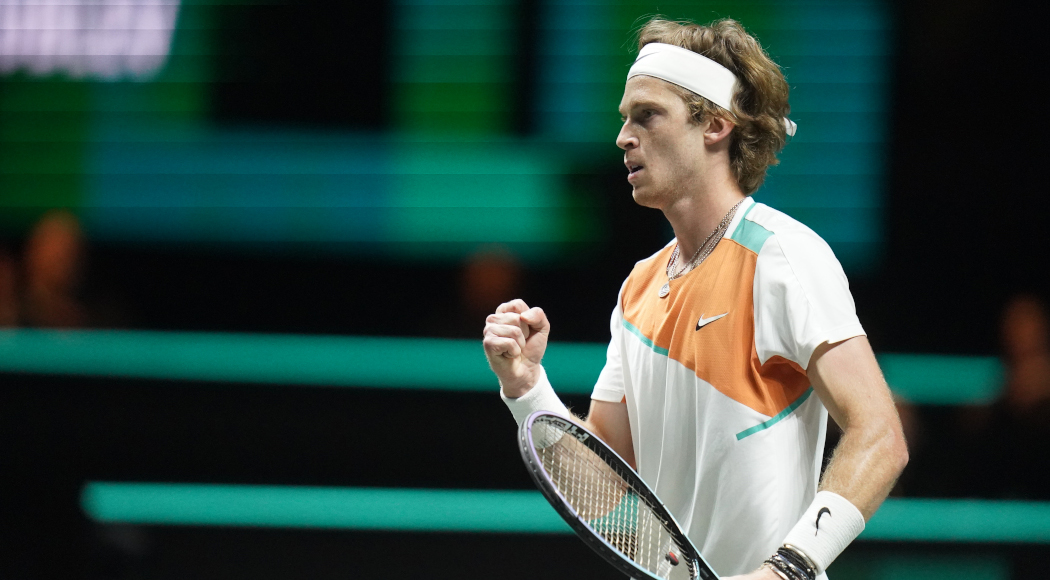 Marseille, France: Andrey Rublev won the ATP tournament in Marseille on Sunday, beating Felix Auger-Aliassime of Canada 7-5, 7-6 (7/4) in the final.

The Russian ranked seventh in the world took revenge on the Canadian who won their meeting in the Rotterdam semi-final last week on the way to a first career title, after losing all eight previous finals he had played.

This was his second defeat in the Marseille final.

Auger-Aliassime could not make it two in a row, as Rublev claimed his ninth career title. He has won all five hard-court finals he has contested but has had a bad run over the last 12 months.

Since winning in Rotterdam last March, Rublev had lost finals in Monte-Carlo, Cincinnati and Halle.

Third-seeded Auger-Aliassime broke second seed Rublev in the second game of the match, but Rublev broke back at once and broke again in the 12th game to take the set.

In the second set, Rublev failed to serve out for the match at 5-4, but saved a set point in his next service game to force a tiebreak which he won to clinch the match in one hour and 57 minutes.

The 24-year-old Russian was due back on court at 16.00 GMT to contest the doubles final alongside Ukrainian Denys Molchanov against doubles specialists Raven Klaasen of South Africa and Ben McLachlan of Japan.