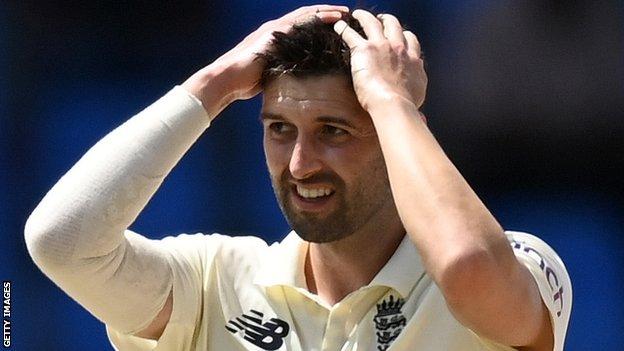 Fast bowler Mark Wood has been ruled out of this year’s Indian Premier League and the remainder of England’s tour of the West Indies due to an elbow injury, the England and Wales Cricket Board (ECB) said on Friday.

Wood, who left the field due to the injury after sending down only five overs on day three of the first Test in Antigua, was set to play for newly-formed franchise Lucknow Super Giants in the IPL.

Wood previously played for the Chennai Super Kings in 2018.

“Scan results have confirmed that Wood has a right elbow injury. He will return to the UK next week for a specialist opinion regarding the management of his injury,” ECB said in a statement.

“The Durham quick, who was due to play in the Indian Premier League, will now miss the tournament and will have an indefinite break from cricket until more information is determined from the elbow specialist.

“England men will confirm whether a replacement will be called up in due course ahead of the third Test in Grenada.”

Lucknow has not yet announced a replacement for Wood.