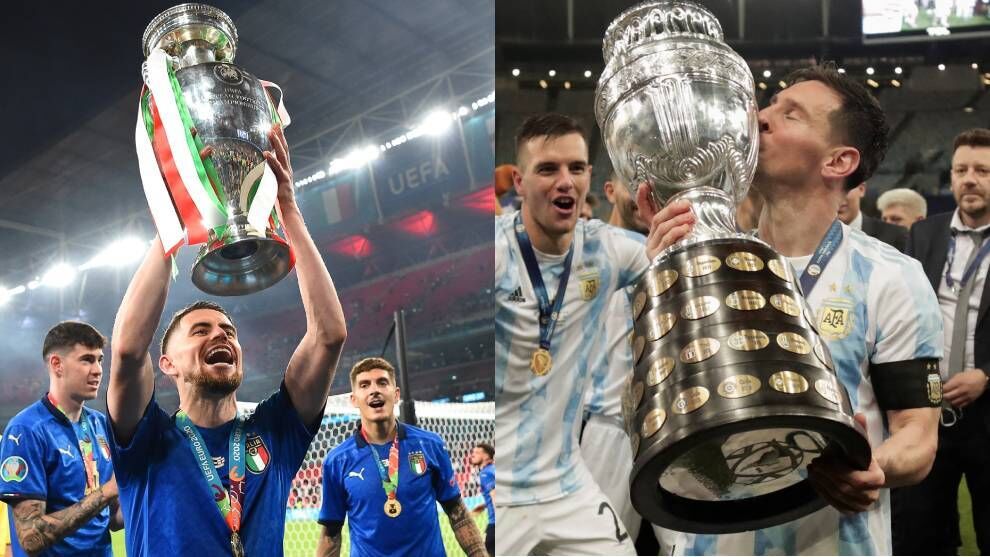 Maradona Super Cup – Argentina vs Italy: The two teams defeated the likes of Brazil and England within a span of 24 hours last weekend. With Argentina’s victory, Lionel Messi brought an end to his trophy drought on an international stage while Italy won their Euro title for the first time after 53 years. Angel Di Maria’s lone goal proved too good for Brazil helping them clinch their first continental crown in 28 years while England vs Italy entered a penalty shootout after 120 minutes of top-flight football.

The idea of a football match between the two champion teams has been put up by an Argentine daily. It has proposed the title as ‘Maradona super Cup’ named after Argentine legend Diego Maradona owing to his connection between the two countries. The latter won the 1986 World Cup for Argentina and played for Italian Seria A club Napoli helping them to win two domestic titles.

The matchup would drive all the football fans across the world crazy. The highly-anticipated fantasy remains to be seen on a football pitch. CONEMBOL and UEFA can collaborate and bring the ultimate battle come to life.

The idea is quite common in European club football where UEFA host a super Cup fixture between Europa League and Champions League winners. Last year, SeviIIa locked horns against Bayern Munich. This year Villareal will face off Chelsea to determine the best team in Europe.

Tokyo Olympics: All the Big Names in Football that will Feature in the Olympics
Euro 2020 champions Italy likely to bid for Euro 2028 and FIFA World Cup 2030